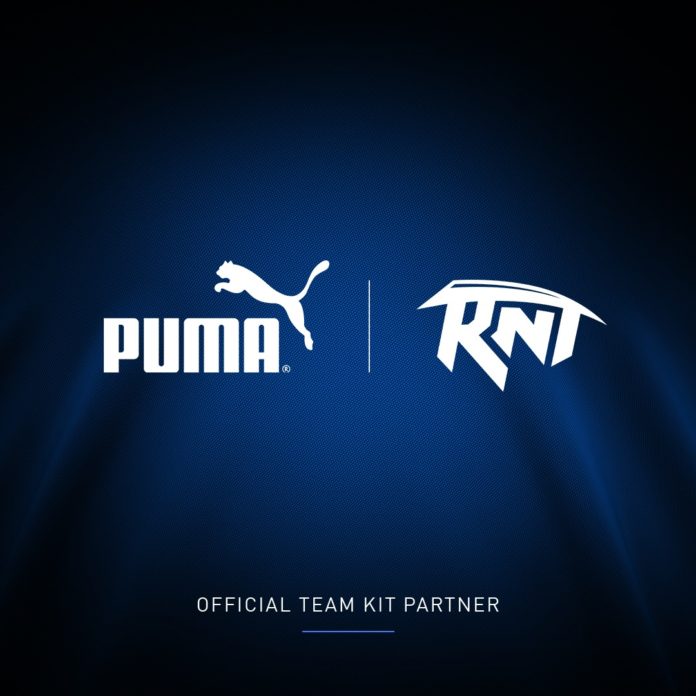 With this revolutionary step for Indian Esports, the global sportswear brand marks its arrival in the industry

Revenant Esports, one of India’s fastest-growing and most consistent Esports organisations, has announced sports brand PUMA as their official kit partner for the upcoming season.

This association came as one of the major non-endemic brand collaborations in the Indian esports industry. Under the terms of the partnership, Revenant Esports’ creators and Esports roster will don the exclusive kits produced by PUMA.

With both brands sharing similar ideologies in terms of propelling Esports to greater heights, they will leverage this association to make their presence felt among the Esports community in India.

“PUMA is one of the most successful sports brands in the world and it makes us extremely proud to be the first Esports team in India to be associated with them. This partnership is a step in the right direction for Revenant Esports and a testament to our aim of enriching the experience of the Esports community and our fans. Esports merchandise has become an integral part of the industry in the last few years and seeing our athletes, creators, fans wear the apparel produced by one of the world’s best is a privilege. Together we hope to achieve immense success in the coming years and capitalise on the growing Esports culture in the country,” said Rohit Jagasia, Founder and CEO of Revenant Esports.

PUMA has emerged as the number 1 sports brand in India after generating record revenues last year and are also familiar with the Esports sector having partnered with numerous international organisations. By joining forces with Revenant Esports and their massive fanbase, they will look to maximise their potential in the Indian Esports market.

Commenting on the occasion, Vishal Gupta, Executive Director-Retail, PUMA India, said, “We are extremely excited to associate with Revenant Esports as their official Kit Partner and become the first leading sportswear brand in the country to enter the deeply engaging space of Esports. India is one of the biggest markets for the video gaming community and competitive Esports is immensely influencing our youth across tiers. That Esports getting incorporated as a medal sport into the Asian Games next year is evidence of its huge popularity & potential today. As a brand, PUMA strongly supports influences on youth culture such as sports, fitness, art, cinema, music and now new age sports i.e. Esports. With this association, Puma & Revenant will leverage each other’s huge audience base and wide reach to connect with Esports athletes in the country and penetrate deeper into the market.”

According to the recent FICCI-EY report, 100 brands have invested in Indian Esports this year, compared to 72 in 2021. Similar to traditional sports, Esports merchandise is a crucial component that fuels the growth of an Esports organization by spreading brand awareness and building loyalty among its passionate set of fans. Being home to the country’s top-notch talents, Revenant Esports have been currently preparing for the upcoming tournaments including PokeCon 2022.