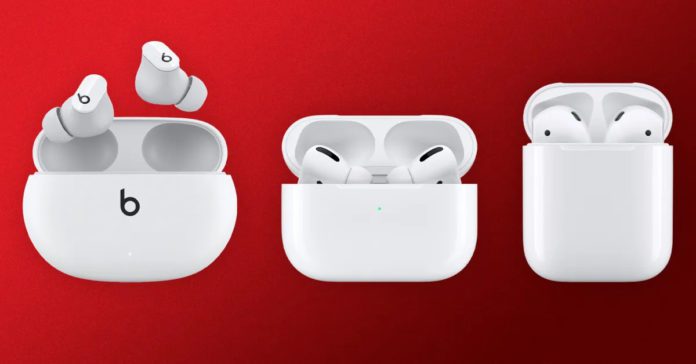 Apple will move production of some AirPods and Beats headphones to India.

In recent years, Apple began to diversify its supply chain and shifted the manufacturing of its goods, including the iPhones, from China to other nations, like India. The corporation now seems to be moving some of the manufacturers of Beats and AirPods to the area.

Reuters article revealed that the Cupertino-based corporation is getting ready to produce new Beats headphones in India. Aside from that, according to insiders with knowledge of the situation, the iPhone manufacturer also intends to move some AirPods production here. It claims that Apple’s Chinese supplier Luxshare Precision Industry also has intentions to start making AirPods in India.

The production of Beats headphones in the area, however, will be handled by Foxconn. Luxshare may go more slowly to India because it is now concentrating on increasing the manufacture of AirPods in Vietnam. The most recent model, the iPhone 14 series, is likely to manufacture in China as part of the company’s plans to relocate some of its production away from that country.

China is Apple’s main manufacturing hub, therefore the company has been seeking to lessen its reliance on it. Since then, some of its key suppliers have established operations in places like India, Mexico, and Vietnam, therefore the company has turned its attention to these areas. The company will also be able to avoid duties thanks to the production it will do in India, which should result in reduced pricing.

Now iOS 16 will detect fake AirPods when paired with iPhone