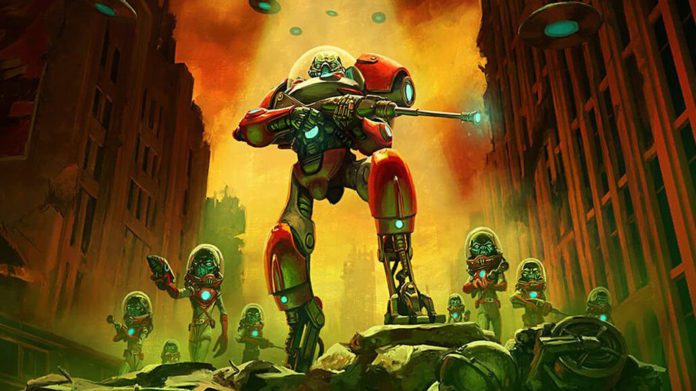 The first Fallout game was launched on October 10, 1993, making this month the franchise’s 25th anniversary. To commemorate this milestone, Bethesda has a variety of Fallout 76 promos planned. Starting on October 4, the big one will be a free week where you can experience everything Fallout 76 has to offer across all platforms.

Throughout October, Amazon Prime members can permanently download the base game for free. Oh, and if you have Xbox Game Pass Ultimate, you can get a one-month membership to Fallout 1st, which gives you access to a number of exclusive features.

“Over the past week, we’ve been detecting increasing activity from among the stars, and it has been drawing nearer to Earth with each passing day. Ever since aliens discovered intelligent life in the Wasteland earlier this year, they just won’t give up their efforts to snatch our brainwaves! A tinfoil hat may provide comfort, but you’re going to need some real firepower to shoo these extraterrestrials back to their home planet. Raid your personal arsenal, join forces with other Dwellers, and prepare to fight back against the alien menace that will begin clouding our skies during the Invaders from Beyond Seasonal Event next week.

Every hour at the top of the hour, an alien mothership will warp in above one of six landmarks in Appalachia to deploy brainwave siphons and a horde of space-faring warriors. Destroy each siphon and take down alien leaders one-by-one to secure that landmark—and our brainwaves—from the otherworldly interlopers. When you do, you will receive some loot, XP, and a chance to earn alien-themed weaponry and C.A.M.P. items. The first mothership will arrive at 12:00 pm ET on October 4, and the Invaders from Beyond Seasonal Event will be available for play until October 18.”

Expeditions: The Pitt, the most recent Fallout 76 update, reintroduces Fallout’s irradiated version of Pittsburgh, which was last seen in a well-remembered Fallout 3 expansion.

Currently accessible on PC, Xbox One, and PS4, Fallout 76 is also playable on Xbox Series X/S and PS5 thanks to backward compatibility. The game’s free week will take place from October 4 to October 11, as previously stated.