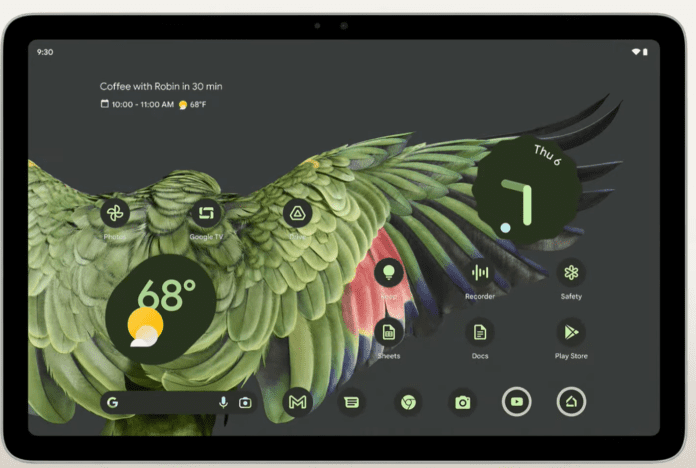 The Google Pixel tablet was previewed at the Made by Google event. So, continue reading if you want to know more about what we already know about this new slate.

According to Yao, Google’s Tensor G2 processor will power the tablet, just like it does for its Pixel 7 smartphones. Based on the Material You design, it will have the same interface. The tablet features a nano-ceramic coating that has been added to its body, which is made entirely out of recycled aluminium, according to Google’s design director Isabelle Olsson, giving it a porcelain-like finish.

Since declaring it was finished with the form factor in 2019, Google has only released the Pixel Tablet. Between 2012 and 2018, Google worked on a number of Android tablets, first through partnerships with other manufacturers of Nexus tablets, and subsequently with its Pixel C and Pixel Slate products, which were branded with the Google logo.

Despite the success of its Nexus tablets, the subsequent Pixel models failed to catch on. Most of their issues were software-related, and the Pixel Slate in particular had a lot of glitches and bad app support.

The best thing that comes with these large display tablets is a speaker dock with magnetic wireless charging technology that is intended to turn your tablet into a smart display for your house.

When docked, it has the appearance of a Nest Hub Max, reacts to Google Assistant commands, and allows you to manage your smart home using the updated Home app. Similar features have long been available from Amazon with its Fire tablets, which can be used with the company’s charging stations to operate as Echo Show smart displays.

Previous article
Michael Waldron has been hired for Avengers: Secret Wars
Next article
The A16 Bionic’s GPU has very less incremental upgrades over A15