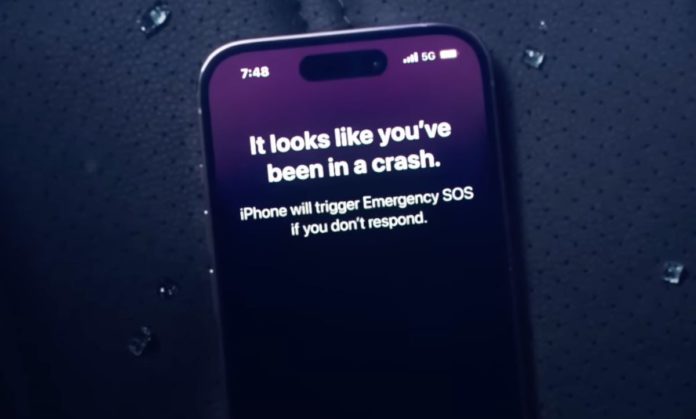 Apple responds to why junkyard crash tests don’t always trigger iPhones’ Crash Detection. Apple’s newly released iPhone 14 models are equipped with sensors and technology that may determine whether its owners have been in a vehicle accident. Next, the iPhone will ask whether it should summon emergency services, and if the user doesn’t react, it will do so automatically.

Stern recruited Michael Barabe to crash his demolition derby car with a heavy-duty steel frame into two unoccupied vehicles parked in a junkyard — a 2003 Ford Taurus and a 2008 Dodge Caravan. The results were mixed, with the iPhone and Apple Watch only detecting some of the crashes, which Apple said was the result of the testing conditions in the junkyard failing to provide enough “signals” to trigger the feature every time.

The derby vehicle was outfitted with a driver’s Apple Watch Ultra, a 14-inch iPhone, and a Google Pixel. A stopped garbage car was supposed to be driven into, and an iPhone 14 Pro Max and a Pixel 6 were put inside. It was tested by having a derby vehicle (operated by a professional derby driver) collide with the parked vehicle to observe which sensors went off in the event of a crash.

For collision detection to work, it must first detect that the device is inside a moving vehicle. WSJ indicates that an algorithm takes into account several factors for the feature to work. Motion detectors detect sudden changes in movement, Pickups can detect loud sounds such as crash impact, barometers can detect changes in air pressure when airbags are deployed, and GPS readings can detect sudden decelerations in a moving vehicle (or detect that it is in a vehicle at all), and CarPlay and Bluetooth the status can better report whether the device is actually in a vehicle.

Crash detection features in both Google and Apple are not able to detect all types of crashes. There’s even a disclaimer right under the Crash Detection setting on new iPhones saying exactly that. In all cases, however, the devices need to first be able to detect that it is in a moving vehicle, involving some or all the signals mentioned above.

Canada’s Alistair Johnston closing in on Celtic transfer in 2023