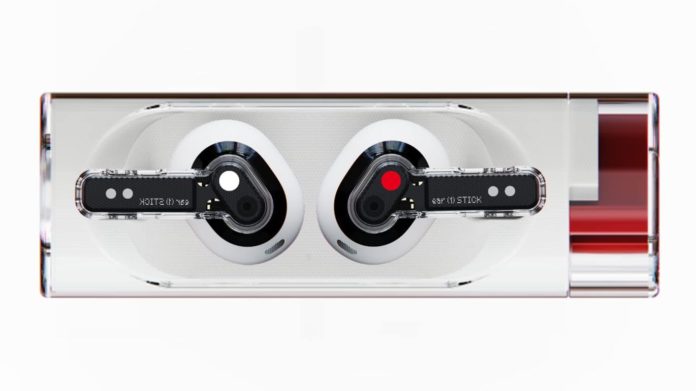 Nothing is gearing up to launch its next audio product- the Nothing Ear (Stick) and the accompanying charging case was showcased last week at the London Fashion Week. The images show a cylindrical, lipstick tube-like charging case of the Ear Stick.

The Nothing Ear (stick) will launch later this year, but the company recently released a new hands-on video from internationally acclaimed designer Errolson Hugh. While we still do not know much about the technical specifications of the earbuds, the video gives us a glimpse of how the case opens and closes to allow access to the earbuds themselves.

The Nothing Ear (Stick) design has been revealed officially by the company through Errolson Hugh, who is an acclaimed designer. The carry case is cylindrical and has a lipstick tube-like form factor. The earbuds are placed within the case and are identical to the original Nothing Ear (1). The case has dual cutouts to house the earbuds comfortably.

Rumors of the Ear Stick emerged ahead of the Phone 1’s launch earlier this year and indicated that the earbuds would share a lot of design similarities with the Ear 1 but without their silicone ear tips. Although there was some speculation they’d be announced alongside Nothing’s debut smartphone, the Phone 1 launch came and went without any sign of new earbuds.

Unlike traditional earbud cases, including that of the Nothing Ear (1), the Ear Stick case, which is made to look like a fashion accessory, actually ‘rolls’ in place to open and close. The new case does look pretty cool, and the rolling mechanism does give it a touch of uniqueness compared to the sea of clamshell TWS cases we already have.

The open and close mechanism of the upcoming Nothing Ear (stick) looks amazing, but the earbuds inside the case don’t feature any difference in terms of design. It’s the same TWS that comes with the Nothing Ear (1) at least in looks. It might be possible that the company has enhanced the performance of the upcoming device in other aspects, but the design looks the same.

Customers who own a Nothing product can get Ear (stick) for ₹7,499