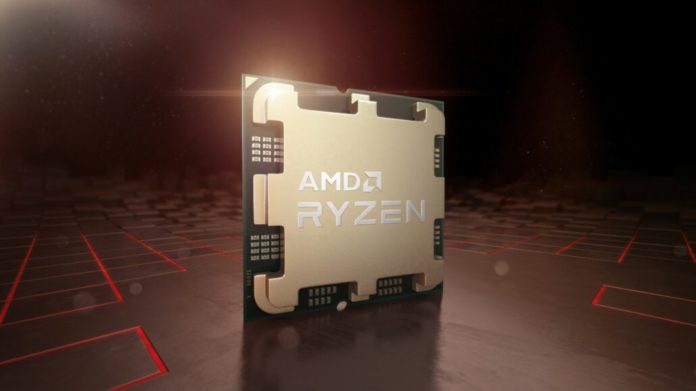 The Ryzen 7000 “Zen 4” 3D V-Cache parts, along with next-generation Threadripper & APUs, are depicted in a purported AMD desktop CPU roadmap that has surfaced online. The roadmap, which solely includes desktop CPUs such as Threadripper, Ryzen CPUs, and Ryzen APUs, is rumored to be shown during an AMD Ryzen 7000 launch event. AMD appears to be planning one unique update for each series in 2022–2023. The Ryzen 7000 or Zen 4 CPU family, which has been formally available since September 27, is the first and most noticeable.

The X3D or 3D V-Cache parts, which are mentioned, will be the next significant addition to the family. However, it appears that these chips may arrive in early 2023, which is a little later than what the firm announced during their Financial Analyst Day 2022. The improvements to the Threadripper and Ryzen APU ranges are the other two releases, albeit they are not listed in the roadmap.

Ryzen 7 5800X3D is the best gaming processor in the market bar none. We are proud of what V-Cache technology is doing for us and we are gonna feature this in Ryzen 7000 series later this year and in the future generation.
— AMD’s Senior Vice President and General Manager for Client, Saeid Moshkelani

Since the release dates for both parts are set for the second half of 2023, we will have to wait longer than a year before we see the next-generation Ryzen APU and Threadripper families.

AMD’s Ryzen Threadripper 7000 CPUs have already begun to appear, and the Ryzen 7000G lineup, which is expected to debut in late 2023, will essentially use an updated design that may even include Zen 4 with RDNA 2 or RDNA 3 cores like the Phoenix Point APUs and launch on the AM5 platform with DDR5 support, is expected to use an updated design as well.

It appears that AMD’s Ryzen 7000 and Ryzen 7000 X3D V-Cache CPUs will present a dual threat to Intel’s Raptor Lake CPUs. The 34-Core Raptor Cove chip, whose die slipped out a few days ago, is an example of Intel’s next-generation HEDT/Workstation series, which would have up to 56 cores and high core counts. One can anticipate comparable competition and ferocious competition in the second half of 2022 as well as the following year.