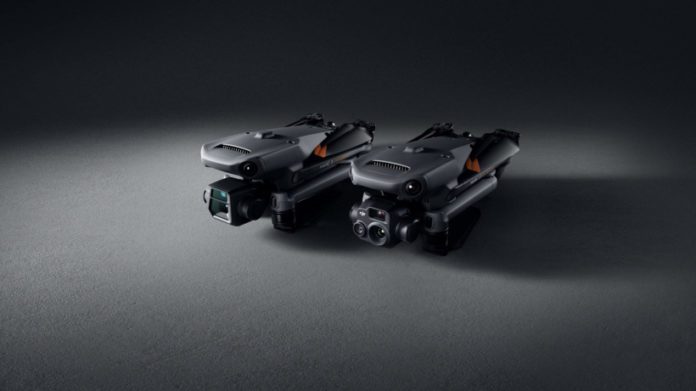 Two drones have been unveiled in China by DJI, a Chinese drone company. Exciting features of the DJI Mavic 3E and Mavic 3T include longer battery life for both models. With its mechanical quick wide-angle camera, the DJI Mavic 3E is said to revolutionize small industry drones. The Mavic 3T boasts a 45-minute battery life and thermal imaging capabilities.

The DJI Mavic 3 Enterprise drone series has two versions: Mavic 3E and Mavic 3T (the T is for thermal). While the Mavic 3E is designed primarily for mapping and surveying functions, the DJI Mavic 3T targets firefighting, search and rescue, inspections, and night missions.

For distinction, DJI Mavic 3 base model is accompanied by RC-N1 remote controller and three cables, battery charger, storage cover, and three sets of propellers. The step-up option adds to this with two batteries and a battery charging hub, five pairs of propellers, ND filter set, and a convertible carrying bag. The complete set is aimed at users who like to shoot videos in inaccessible areas.

DJI has priced the Mavic 3 at $2,199, or around Rs 1.6 lakh. This price is for the standard variant of the drone. A costlier option can get you the DJI Mavic 3 Fly More Combo pack that comes with several more accessories than the base variant. It is priced at $2,999, or about Rs 2.2 lakh.

The DJI Mavic 3T has the same telecamera as the Mavic 3E, a 48 MP camera with a 1/2-inch CMOS sensor, as well as a thermal camera with a Display Field of View (DFOV) of 61-degree and an equivalent focal length of 40mm with 640×512 px resolution.

The drone comes with a 200-meter range and features ActiveTrack 5.0 feature to work with GPS, GLONASS, and BeiDou satellite signals. With a simultaneous split-screen zoom, the Mavic 3T’s thermal and zoom cameras support 28x continuous side-by-side digital zoom for easy comparisons. DJI also claims to have improved the battery life on the Mavic 3, promising up to 46 minutes of flight time. There is also a Return to the Home system in case the drone loses range.