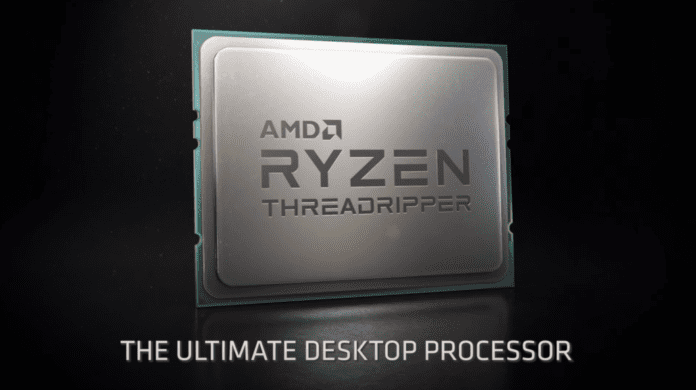 According to Benchleaks, AMD’s Ryzen Threadripper 7000 CPU, code-named “Storm Peak,” has been spotted in the Einstein @Home database and contains up to 64 Zen 4 cores. A new entry has been made for a chip with the OPN Code “100-000000454-20 Y” in the database. This chip belongs to the “Family 25 Model 24 Stepping 1” and is based on the Zen 4 core architecture. This appears to be the first AMD Ryzen Threadripper 7000 CPU using the Zen 4 core architecture, based on OPN code and the platform it was tested on.

Although no details are given, the CPU is indicated as having 128 “Number of Processors.” According to earlier entries, this seem to be the number of threads, indicating that the CPU actually has 64 Zen 4 cores in total. This is less than the 96 cores present on the EPYC Genoa processors, however.

We can’t say for sure whether the next generation Threadripper processors will debut on the SP5/TR5 socket, which is used by Genoa and Bergamo, or the SP6 socket, which is built for EPYC Siena CPUs. This may just be one of numerous possibilities.

The AMD EPYC Siena CPUs are available in 32 Core “Zen 4” or 64 Core “Zen 4C” versions and are optimised for lower TCO and higher performance per watt.

However, it seems improbable that this processor, which uses a 5nm node and has 64 cores, is an SP6 or Zen 4C design.

Because AMD will be marketing its next “Storm Peak” Ryzen Threadripper 7000 CPUs as “PRO,” DIY availability will be constrained until Intel is able to give a market shift with its Xeon Workstation processors, which also appear to be scheduled to ship next year.