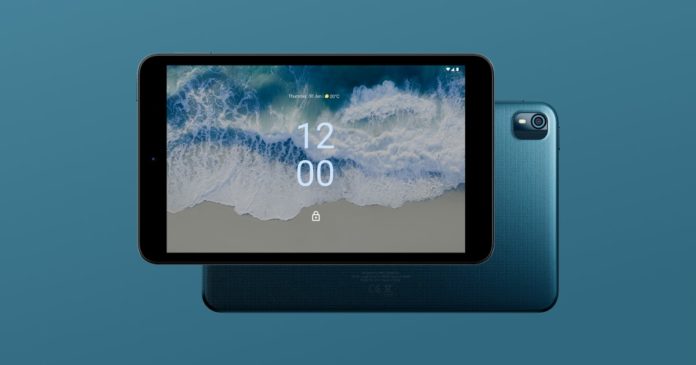 Nokia has refreshed its tablet portfolio with the T10. The new Android T10 tablet is a refreshed and toned-down version of the Nokia T20 launched last year. In terms of design, both the T10 and T20 look more or less the same, though the former features a more compact screen.

The tablet is powered by a Unisoc processor which is paired with 4GB of RAM and 64GB of internal storage. Furthermore, the tablet also has a stereo speaker setup along with OZO audio support. Let us take a look at the detailed specifications.

The T10 features an 8-inch LCD display that has a 1280 × 800 pixel resolution. The display panel has a standard 60Hz refresh rate and a 16:9 aspect ratio. Under the hood, the tablet is powered by an octa-core UniSoC T606 processor. It runs on Android 12 OS out of the box and the company promises two major OS updates and three years of monthly security updates for the tablet.

Moving on to the imaging department, the T10 sports an 8MP rear-facing camera accompanied by an LED flash. The tablet features a 2MP camera on the front for selfies and video calls.

The System on Chip consists of 4GB of RAM and 64GB of internal storage. The device also has a microSD card slot for storage expansion up to 512GB. The tablet gets dual stereo speakers powered by OZO playback. The tablet weighs 375 grams and the back body is made of polycarbonate, and it gets IPX2 rating for splash resistance.