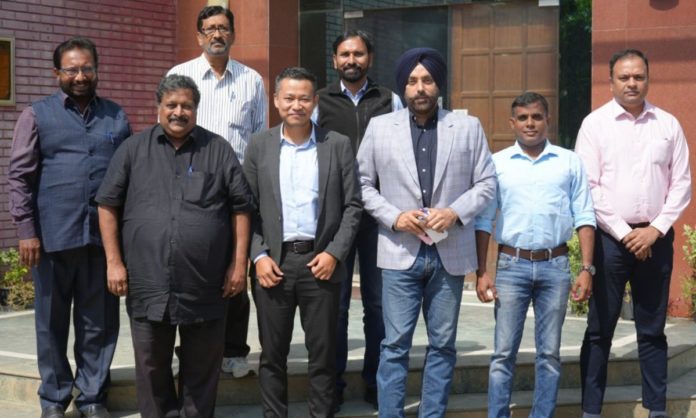 The AIFF’s Competitions Committee, chaired by Mr. Anilkumar Prabhakar of Kerala, on Tuesday, September 27, 2022, met at the Football House in New Delhi to discuss the way forward for various domestic competitions in the country.

The chairman of the committee, Mr. Lalnghinglova Hmar said: “There is a saying that a country’s football is as good as its domestic football. So, here, our job is not conducting the leagues in the routine process. Our aim is to take these meets to a level from where Indian football is taken forward. In near future, we hope to take giant steps in improving all the leagues, from senior to junior level, under the AIFF banner.”

Committee sticks to 3+1 rule in I-League

The League Committee of the All India Football Federation (AIFF) on Sunday allowed I-League clubs to register six foreigners, including one Asian, on the match-day squad but permitted only four of them (under the prevailing 3+1 rule) in the playing eleven for this season beginning on October 29. Last season, the I-League clubs were allowed to register six foreign players but only four, including one Asian, were allowed on the match-day squad.

Chaired by the All India Football Federation’s executive committee member Lalnghinglova Hmar, it decided to allow 5+1 (five non-Asian foreigners and one Asian) in matchday squads even though the number of foreigners in the playing XI was kept at four (3+1).

The committee further recommended to the Executive Committee that to encourage participation of more Indian players, all state leagues across the country should be played without foreign players. The League Committee also suggested that the Indian Women’s League should be played across multiple venues, in order to broad-base the women’s game in India.

The Committee further suggested that the Santosh Trophy format be followed in all other National Football Championships at all age group level. The committee members pointed out that it will help footballers to get more game time and improve their skills. The Senior Women’s NFC Qualifiers will also be held in December, the Committee decided.