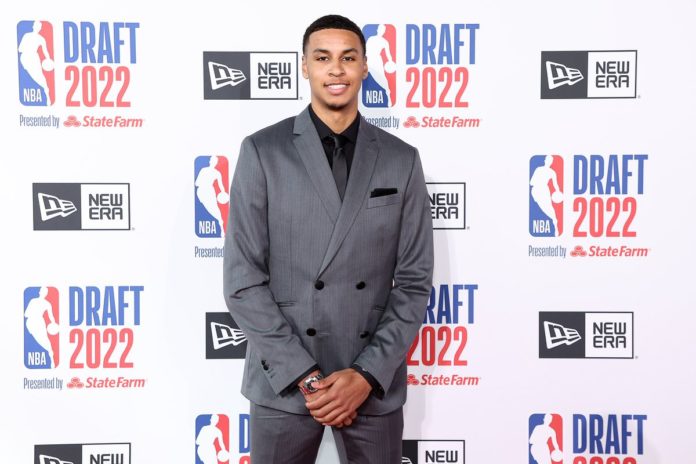 Look, there is no way around it. The Sacramento Kings need all the help they can get. Last year they finished 12th in the West, with an anemic 30-52 record.

When things get dire, the bad teams naturally look to their draft picks as potential saviors. And there is no question that Keegan Murray, who averaged 23.5 points per game for the University of Iowa Hawkeyes in 2021-22, is a fine player. It isn’t just that the forward can score. He is also statistically the most efficient scorer in the NCAA, with over 50 possessions a game last season.

He also brings plenty of size for a forward. Murray stands at 6”8 with a wingspan about three inches wider than that.

But aside from the clear quality, there is always that intangible question of fit to reckon with. So, will Keegan Murray fit into the 2022-23 Kings roster? And does he have the potential to become one of the best NBA Players from Iowa?

As a natural scorer who needs the ball, one central question is, will he get enough looks and opportunities? You may think Murray should have an easy time breaking in with a team this bad. But once you look at the roster, things look different. Sure, Keegan can play in the three or four spots. But Sacramento has some solid forwards. Harrison Barnes hadn’t lived up to the promise of his rookie year when he received All-Rookie First Team honors. But he reliably scores 16 points per game and contributes on both ends of the court.

Meanwhile, 2-time All-Star Domantas Sabonis alternates playing in the 4 slots with duty as the center. Coach Mike Brown may prefer to play Sabonis as a power forward and Richaun Holmes, a formidable though unspectacular big man, at the center spot.

If the Kings shape the team this way, Keegan won’t just be a regular bench player, there to allow the stars to rest. Instead, the former Hawkeye will be brought on from the bench when the offense is stuck to change things up.

Having said that, the most likely starting five will see Murray slip into the power forward spot next to Barnes and Sabonis.

Conquering His Space On The Team

He may start on the bench, but that seems like the most natural lineup for an ambitious team trying to reach the playoffs. Though somewhat slight, that team would have the most firepower. In addition, it will make it easier for Keegan to break in if he can find the rebounding form that saw him nab almost 9 per game for Iowa.

Keegan brings an outside threat to the Kings, an element they desperately need to make the most of Sabonis in the paint. He also brings size to what was an unduly diminutive lineup. The downside is that he is likely to be average on defense, especially in the early stages of his career. However, that element may make the difference and determine whether the former Hawkeye is a starter or an impact six-man contributor. I guess that he will work hard enough to avoid being a liability.

While he didn’t inspire anyone with his defense in Iowa, he usually held his own. If he can do the same for the Kings, the offense and rebounding should more than compensate for average performance on the switch.

The bottom line is very positive. The Kings have a pressing need for firepower, and no one in the draft is better positioned to contribute immediately than Keegan.

His efficiency and quick release mean that the forward will transition readily into an NBA scorer. In addition, his maturity and fully realized scoring ability mean he is as good a bet as any rookie of the year honors.

Read: Ahead of the upcoming NBA season, (Motorola x Chicago Bulls): Motorola signed a relationship with the Chicago Bulls