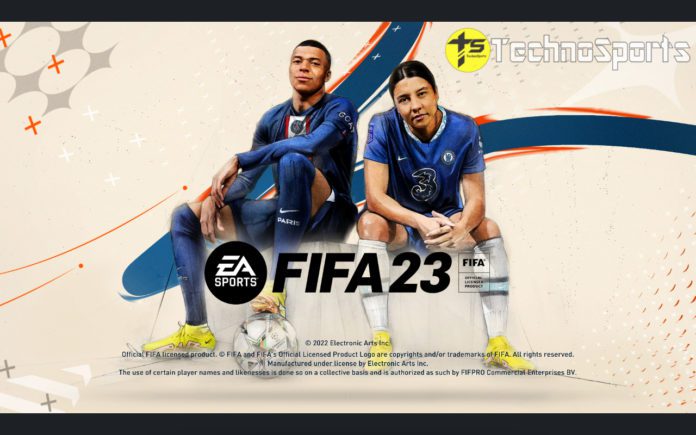 EA Sports’ football-based video game FIFA has been a huge hit with the players over the years. They release a new version of the game around September each year. This year, FIFA 23 will release on 30th September worldwide. If you pre-order the Ultimate Edition, you will get 3 days early access.

Being an EA Play Pro member, we have already got our hands on the game, and here we have bought an exclusive first look of FIFA 23!

The first change which you’ll observe is the EA anticheat feature, which is enabled as soon as you launch the game. The launch window doesn’t open and the game now launches automatically. Previously, you had the option of selecting screen resolution etc from the launch window, but it has now been moved into the game. You can now find it in the Accessibility settings -> Game settings.

EA Sports has also introduced the training centre where you can choose a player and train with him/her.

After you enter the game, you can observe major improvements in the graphics and gameplay.

Now, a lot of information is shown on the screen like distance to the goal, shot power etc, which makes it more realistic.

The highlight of this edition of the FIFA video game is the introduction of the cross-play feature. You’ll get to see a new Social screen where you can find your friends irrespective of the console they use.

Stay tuned! We will bring in a lot of new content for FIFA 23.