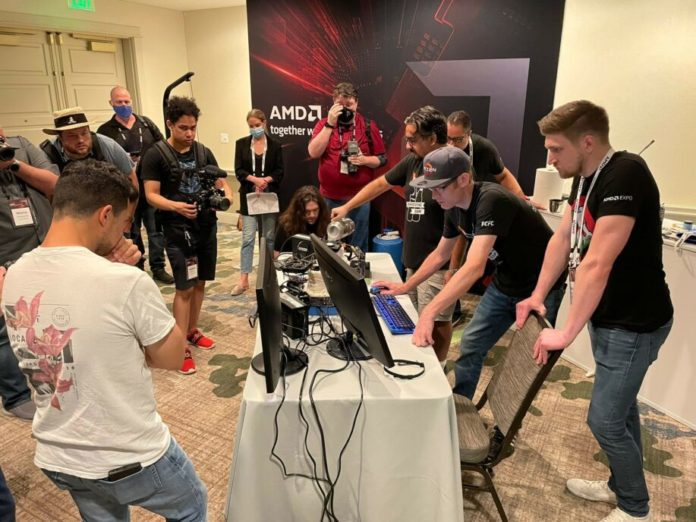 Prior to its release the following week, the AMD Ryzen 9 7950X flagship CPU continues to achieve incredible overclocking feats. Recently, the CPU was overclocked with LN2 to 7.2 GHz and shown excellent performance with a regular liquid cooler.

Sampson, a US overclocker who used the AMD Ryzen 9 7950X and overclocked it to 6.5 GHz across all cores while utilising LN2 cooling, has once again released new benchmarks. Under LN2 cooling, the CPU was able to overclock, enabling the Sampson to operate at higher clock frequencies. The world record was achieved using the motherboards ASRock X670E Taichi and ASUS ROG Crosshair X670E GENE.

Additionally, Videocardz has released a result that shows the AMD Ryzen 9 7950X CPU scoring over 50,000 points in Cinebench R23 while operating at an overclocked speed of 6.7 GHz on the Gigabyte X670E AORUS Xtreme board.

All of these findings were obtained using LN2 cooling, and the test temperatures were constantly below zero. This demonstrates how very effective the AMD Zen 4 core architecture is, and we haven’t even discussed undervolting, which will completely revolutionise both desktop and mobile platforms.

These are quite impressive numbers, and we can’t wait for the AMD Ryzen 7000 CPUs to go on sale on September 27 so that customers may benefit from significant increases in single- and multi-core workloads.