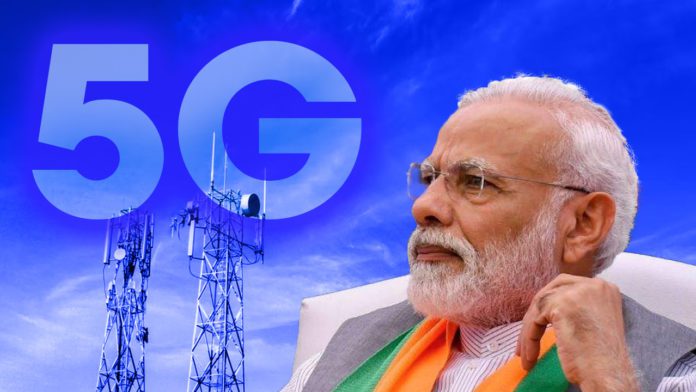 The National Broadband Mission (NBM) under the Ministry of Communications on Saturday tweeted that Prime Minister Narendra Modi will roll out 5G services in India on October 1, as the India Mobile Congress (IMC) kicks off on the same day.

The official website of India Mobile Congress (IMC), a telecom, media and technology forum, on its website, said that PM Modi will inaugurate the event and launch 5G services. The IMC is jointly organised by the Department of Telecommunications (DoT) and Cellular Operators Association of India (COAI), according to its website.

According to industry sources, the country may not yet be prepared to roll out 5G services from October 1 and may need some more days for the new technology to be in place. During his Independence Day address from the ramparts of the Red Fort, the Prime Minister said that the 5G services will be launched in India soon.

According to reports, Reliance Industries Chairman Mukesh Ambani, Bharti Airtel’s Sunil Mittal, and Vodafone-Idea India head Ravinder Takkar will be on stage with PM Modi on the occasion.  In terms of speed, the thumb rule for 5G is 100 Mbps, though it may vary. The broad consensus for 4G is that it is in the range of 60-70 Mbps.

The DoT has received payment of around Rs 17,876 crores from service providers, Bharti Airtel, Reliance Jio, Adani Data Networks and Vodafone Idea for the spectrum they won in a recent auction. DoT had earlier announced that the high-speed 5G internet would be launched in Ahmedabad, Bengaluru, Chandigarh, Chennai, Delhi, Gandhinagar, Gurugram, Hyderabad, Jamnagar, Kolkata, Lucknow, Mumbai and Pune in the first phase.

Experts have said that 5G technology will greatly benefit India. It is likely to benefit the Indian economy by ₹ 36.4 trillion ($455 billion) between 2023 and 2040, a recent report by a global industry body representing mobile network operators estimated. The report also estimated which sectors will realize how much benefit of 5G technology – the manufacturing sector (representing 20% of the total benefit), retail (12%), and agriculture (11%).

India is the second largest telecom market in the world