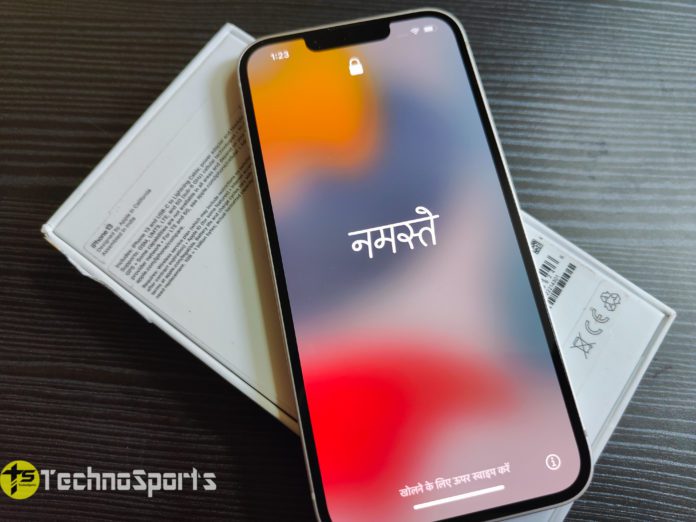 The ecommerce giant recently gave away the iPhone 13s for an affordable price of Rs.50k, which is Rs.20k less than the original pricing and which is why a lot of people actually went for this pretty well-balanced iPhone including me. Previously, I bought the iPhone 12 mini during the last BBD and now trading it at a good price, buying a full-fledged iPhone 13 made more sense to me.

While it was a real struggle to get discounted rates and for just a few minutes I had to pay Rs.2k extra, however, still with bank offers and discounts it was worth the purchase. However, after a few minutes and eventually hours, the prices kept on increasing, making it ridiculous for low-budget people to afford.

Read the entire story of the iPhone 13 sale during BBD here: iPhone 13: Flipkart’s Big Billion Days taught us the value of time

Made in India iPhone 13 – Why Apple is selling them at the right price during BBD and at high prices throughout the year?

For me, it was worth the wait and a lot of people in my friend’s circle went for the iPhone 13 and it was kind of obvious for the price Flipkart was offering. Now, I was surprised to see such rapid delivery by Friday morning itself and the delivery was an Open-Box delivery which means, the delivery guy had to unbox the phone and check it thoroughly before handing it over to me.

Being an Apple phone, the guy was instructed to take a lot of pictures as proof and with 10 minutes of testing, I got my iPhone 13 (128GB) Starlight edition. I was amazed to see one thing this time is that this iPhone was Made in India, yes, assembled in the country itself making it much more affordable.

Sometimes what surprises me is, if iPhones are really being Made in India then why is Apple still charging the same old price scheme ($799 – Rs.79,990) and so on for over a year now? Even the new iPhone 14 is being charged the same while reports say Foxconn has already started making these new iPhones in India.

Previously, a year ago when we ordered both iPhone 12 Mini and normal iPhone 12 at discounted rates from Flipkart during BBD, they were both Made in China, but still, Apple offered them at cut prices to the masses. So, one conclusion you can draw this time around is that Apple has made a strategy to make larger profits in India until new iPhones get up to a year old.

While a lot of people who have money can go and spend more on new iPhones, ones who have always thought of getting one but at justified pricing need to wait a year or so until these Amazon and Flipkart sales come up. Not reducing the prices upfront when introduced makes you believe that you are getting it for cheap but actually, the rightful pricing of say iPhone 13 here should have been Rs.50k already.

It’s not that Apple is not having any margins by providing Flipkart at that rate because it’s believed that on a regular iPhone Apple spends around Rs.25k-Rs.30k and the rest is its profit and the incentives of partners.

So, it’s interesting to see Apple remains sharp and cunning with its strategies to not only increase iPhone users in the second-largest smartphone market in the world but also keep its profits flowing with eye-catchy launches and advertisements to lure customers during launches. Now, which path you will choose is your point of concern but this strategy is quite interesting for Apple.

Previous article
IPL 2023 Auction: Is the next auction on December 16? The salary purse increases to 95 Cr, and all necessary discussions to take place at AGM
Next article
Neymar dismisses questions about tense relationship with Mbappe