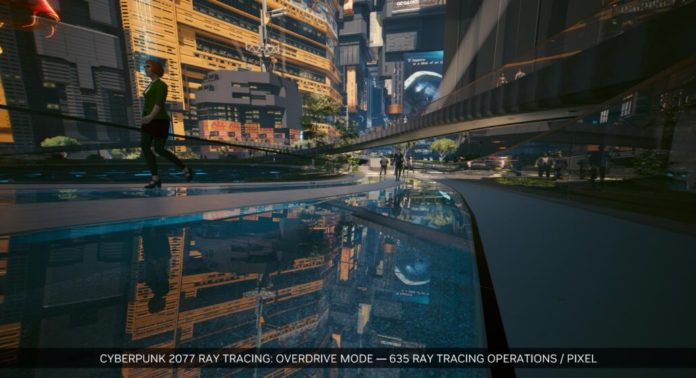 The GeForce RTX 4090 GPU, scheduled to go on sale on October 12th, received its first actual performance figures from NVIDIA during a presentation held behind closed doors for the media. We acquired precise FPS values in this slide, based on 4K resolution tests with DLSS Super Resolution set to Performance Mode, unlike the public presentation, which merely used hazy reference points. An Intel i9 12900K running Windows 11 64-bit was the utilised CPU, along with 32GB of RAM.

All the tests listed below have been made in games with NVIDIA DLSS 3 support, highlighting the importance of this new technology to achieve maximum performance.

Several hardware upgrades designed particularly to enhance ray tracing on the new Ada Lovelace architecture were also covered by NVIDIA. That’s because the most complex games have become far more demanding since ray tracing was initially introduced in Battlefield V, which only required 39 RT operations per pixel. Per instance, the upcoming Cyberpunk 2077 Overdrive Mode needs 635 RT operations for each pixel.

Shader Execution Reordering is the most important addition. In a ray-traced game, if some rays strike different portions of the scene, they won’t be able to run the same programme and will therefore have to sit idle while the first ray is complete, as stated by NVIDIA’s Senior VP of GPU Engineering Jonah Alben. By introducing a new stage into the ray tracing pipeline, SER aids in increasing efficiency by grouping together rays that should run on the same application.

Displaced Micro-Meshes is another advancement made in the GeForce RTX 4090 and the Ada Lovelace architecture as a whole (DMM). It once more focuses on geometry-based ray tracing optimization. The new third-generation RT core has the capacity to comprehend and process an improved BVH (bounding volume hierarchy). As a result, BVH build efficiency is increased, and storage needs are reduced.

Opacity Micro-Maps make it simpler for RT cores to comprehend how rays should influence irregular objects. Opacity masks that have specified opacity states like translucent, opaque, or unknown are used to achieve that. By avoiding a trip back to the Streaming Multiprocessors (SMs), OMMs can enhance performance by 10% in the example below.

Previous article
Top 5 clubs with the most wins in ISL history
Next article
Deal: Get the ultra-durable Samsung T7 Shield 1TB External SSD for ₹10,170