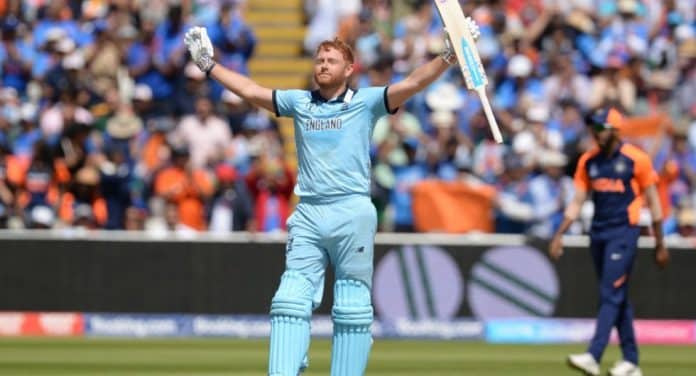 The England cricket team recently confirmed that their star batter, Jonny Bairstow, will be missing the upcoming third Test match against South Africa, and then the T20 World Cup to be held in Australia during October-November, since he injured his lower limb while playing golf in Leeds.

Bairstow posted on his Instagram handle that he sustained an injury after he slipped on the golf course and that he would have to undergo an operation.

“Jonny has obviously already made it to the top but it’s so sad that a brilliant year for him ends like this,” England’s ex-cricketer Kevin Pietersen said on Satta site Betway.

Hours after Jonny Bairstow’s name was declared in the World Cup T20 squad by the England and Wales Cricket Board, he had to be ruled out of the remaining of the summer due to this freak injury. “England and Yorkshire batter Jonathan Bairstow has been ruled out of the rest of the summer and the ICC Men’s T20 World Cup. Bairstow sustained a lower limb injury in a freak accident whilst playing golf on Friday in Leeds,” the England and Wales Cricket Board (ECB) announced in their statement.

In their official statement, ECB also said, “Bairstow sustained a lower limb injury in a freak accident whilst playing golf on Friday in Leeds. He will see a specialist next week to ascertain the full extent of the injury”. They also added that Ben Duckett will be considered in the Test cricket team for the 3rd Test match against team South Africa.

Now, while Ben Duckett has been included in team England for the 3rd Test tournament against South Africa, no player replacement has been announced as yet for the World Cup squad. The ECB mentioned that the player who will be replacing Bairstow for the World Cup T20 tournament would be declared at a later date.

Jonny Bairstow has also not been included in the England squad that is meant to play in the 7-match T20 International series in Pakistan during September-October. With captain of the squad Jos Buttler recovering from an injury in the calf muscles, Moeen Ali was declared to be the captain for this significant tour of Pakistan. However, both Jonny Bairstow and Jos Buttler were included in the 15-player team that is supposed to play in the World Cup T20.

In the meantime, Bairstow took to his social media handle to explain the sequence of events that resulted in this freak injury. The England and Wales Cricket Board said that Bairstow will visit a specialist doctor so that the total extent of his limb injury can be assessed and treatment started. He said that he was shattered since he would be missing the World Cup tournament scheduled to be held in Australia later this year.

This is what Bairstow said in his Instagram story, “Unfortunately, I am going to be unavailable for all the games/tours in the immediate future. The reason being is that I have injured my lower leg in a freak accident and it shall need an operation. The injury came when I slipped on the golf course this morning. …Absolutely gutted! I will be back… Jonathan Marc”.

Read: BCCI president Sourav Ganguly confirms that IPL 2023 will be played in the old home and away format

Previous articleHere’s what Mr Rajeev Chandrashekhar had to say about “Moonlighting”: Companies should not pin their employees and put a lid on their dreams. They should be allowed to do what they want with no restrictions
Next articleNvidia GeForce RTX 4090 is selling overseas at absurdly high prices

The Indian T20 squad to be selected on 16th September

Meesho is producing next Crorepati’s of India