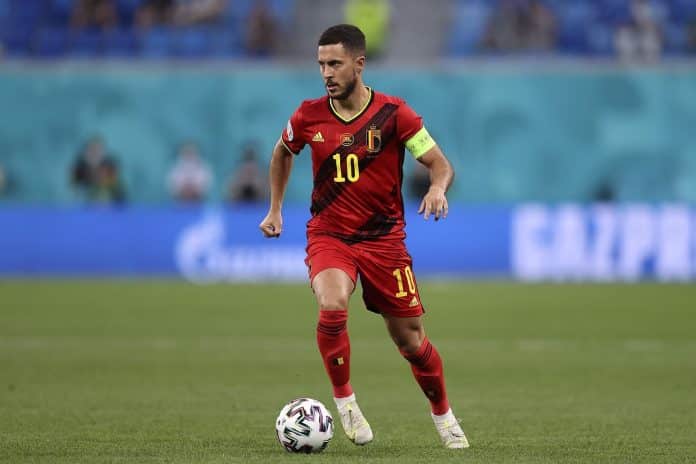 Eden Hazard played 65 minutes in Belgium’s win against Wales last night, and was quite impressive in the game. The player was asked about his career with Real Madrid, and the fact that he didn’t play a lot of minutes.

The winger did not hold back, and said that he wants to play more minutes based on his performances and merit. So far this season, he has only made four appearances for the team, and has scored one goal.

“I want to scratch the maximum number of minutes and get to the World Cup in shape,” he added.

Regardless of his form at Real Madrid, the Chelsea legend continues to wear the armband for Belgium. And he will be one of their most important players when the World Cup arrives. Rodrygo, Vinicius Jr and Fede Valverde have all been in incredible form, which has limited the appearances for Eden Hazard this season as well.

He has been able to keep himself fit this season, and it should be just a matter of time before more opportunities start coming if he can continue making himself available.

Previous article
Reliance New Energy Limited to invest in Caelux Corporation by acquiring 20% for 12 Million
Next article
Fortnite Chapter 3 Season 4: Here are all the vault locations