RB Leipzig have confirmed the arrival of Max Eberl as their new sporting director. He will start his role in December, potentially once the World Cup has been played to completion. His official presentation will take place at a press conference in the middle of December, when he will start his role.

“I’m very happy that we can now announce my move to RB Leipzig today. I’m grateful for the time I needed to recover and I feel ready and full of energy again to want to work in football. I’m coming to a club who has developed rapidly in recent years, is very ambitious and stands for a clear football philosophy.There is huge potential here – in the entire club and the entire region,” Max Eberl told RB Leipzig’s official site.

“Using and developing this potential is an incredibly attractive task for me. Likewise, the trusting discussions over the last few weeks with RB Leipzig about Oliver Mintzlaff and the associated appreciation that the club respects my break until after the World Cup have made it clear to me that this is exactly the task I want to take on.”

He previously worked for Borussia Monchengladbach and helped develop them into challengers for European spots, from once being a low level team. 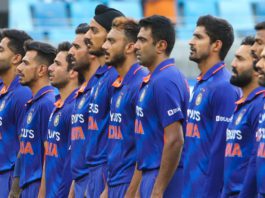 Indian T20 team creates a new record for most wins in...