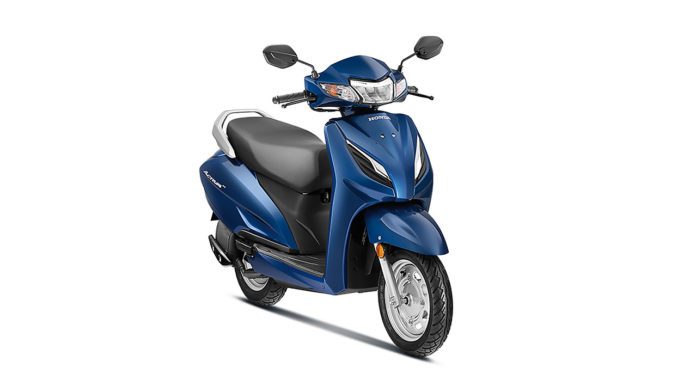 Honda Motorcyles and Two Wheelers India (HMSI) is working on a slew of electric vehicles for the Indian market, and the first electric scooter from the brand will be priced less than the petrol powered Honda Activa, said Atsushi Ogata – the President of HMSI.

He also added that HMSI is aiming at capturing 30 % market share in India’s electric two wheeler market by 2030. To achieve this, Honda plans to launch at least three new electric two wheelers by 2030, and that company hopes to sell at least a million EVs through these launches.

First electric scooter from Honda will be cheaper than petrol Activa

Honda has even gone to the extent of showing the top-speed and worth stage at which it plans to place its first EV whereas Hero MotoCorp will get into the EV area as early as subsequent week by means of the Vida sub-brand. Notably, Hero MotoCorp is a serious investor in India’s greatest recognized electrical car start-up Ather, and likewise retails Ather electrical scooters by means of Hero dealerships.

Even TVS Motors has a major stake in Ultraviolette, a high performance electric two wheeler company headquartered at Bangalore. Once legacy players enter the electric two wheeler space, it would be interesting to see how start-ups cope. Legacy players come with decades of engineering, manufacturing and distribution experience, and are likely to give EV start-ups an enormous run for their money.

Previous article
Top 10 most wickets in Test cricket
Next article
Bengaluru FC: A remarkable journey of progress, consistency and trophies