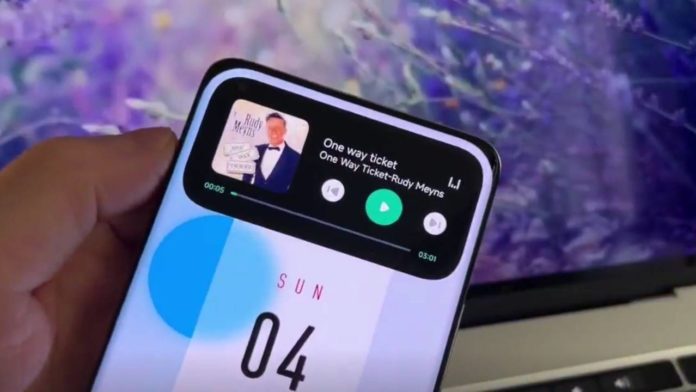 Apple introduced its iPhone 14 series last week, and the Dynamic Island on the Pro models was one of the main highlights of that event. Now, the Android smartphone realm might soon witness the Dynamic Island feature. A MIUI theme developer just created an Android version of Apple’s Dynamic Island.

While not directly from smartphone brands, a replication of the Island feature on the iPhone 14 series has been created for the Android platform by third-party developers. However, this particular version is only available via a theme known amusingly as “Grumpy UI” when directly translated, which is currently under development for Xiaomi’s MIUI.

Android smartphone makers have been trying to eliminate the notch since it first appeared on smartphones. That future will arrive once under-display camera technology has fully matured. Apple has taken a different route with the iPhone 14 Pro series, though. Instead of hiding the pill-shaped notch, the company has embraced it using Dynamic Island.

However, the day is not so far when the other Android OEMs may create something similar to it. And we may witness the Dynamic Island feature on the Android realm too. Apple’s Dynamic Island is perhaps the main talking point of the iPhone 14 Pro, and it may see its Android version on Xiaomi phones, as a theme developer has created a feature that simulates this capability.

In a 10 seconds clip shared by TechDroider’s Vaibhav Jain on Twitter, we can see the Dynamic Island-like notifications in action on a Xiaomi phone. The video showcases that the notification island is floating separately from the punch-hole cutout. But when expanded, it manages to hide the selfie camera, and a now-playing section emerges out of the pill-like island. The theme developers told Vaibhav Jain that the Dynamic Island theme update is still under review. If Xiaomi approves the theme, it’ll be available via the MIUI Theme store.

Its function is akin to how the notification shade on Android phones works, except that it houses them all in a small pill-shaped area. However, unlike Apple’s Dynamic Island, this one doesn’t encompass the front-facing camera. When the display was turned off, the second screen, as it was called, would show the date, time, and connection status.

Unlike iPhone, Android has a robust notification system that makes managing alerts from various apps and services much easier. So, Dynamic Island-like functionality won’t be that useful on Android phones. But if you want to experience the feature without buying an iPhone, this MIUI theme should help suffice that. As of now, the theme is currently under Xiaomi’s review process. It will make its way to the MIUI theme store once it gets the required approvals.