AMD and Nvidia: Its better to hold off from purchasing a High-End GPU at this moment 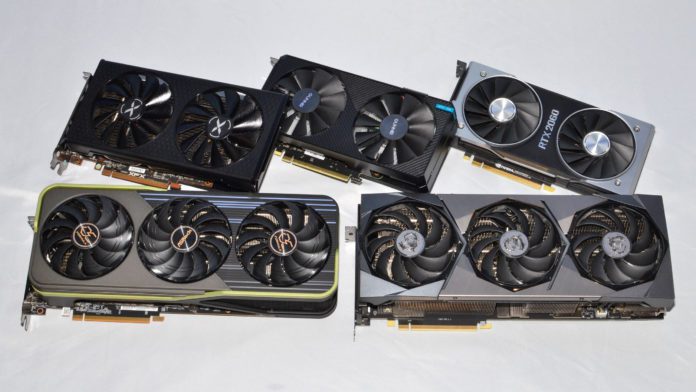 Hit the stop button if you want to upgrade your PC with a brand-new, high-end graphics card that costs more than $500. The greatest graphics cards from AMD and Nvidia are poised to face some severe competition, even while GPU costs are continuing to decline and some cards may appear particularly alluring, like the RTX 3090 Ti for $920 less than its outrageous $1,999 launch MSRP.

Everyone anticipates that Nvidia will at the very least make the RTX 4090 public on September 20 at the GPU Technology Conference. In addition to discussing the upcoming GeForce architecture, Nvidia has promised to discuss the RTX 4080 and possibly even a Titan card.

We may be looking at a performance gain of much more than 50% over the fastest GPUs available right now, according to rumours. Prices may also set new records, but not in a good way. And if you have your eye on an RTX 3090 Ti, it might be best to hold off for a month before swiping your credit card to get the RTX 4090, if it is truly up to 75% faster. Or, if you want to be sensible, buy the RTX 4080.

In conclusion, the Nvidia RTX 4090 cards will be available for purchase no later than October.

If RTX 4080 doesn’t debut simultaneously, it will likely do so within a few weeks. This will put pressure on Nvidia and its partners to sell everything starting with the 3080 and up, which should also have an impact on the prices of the 3070 and 3060 series.

With its RDNA 3 GPUs, AMD might not be too far behind. At the introduction of the whole Ryzen 7000 CPU portfolio, it displayed an unnamed but likely high-end card. AMD may be prepared to switch over to new GPU launches by the end of the month when the dust from the September 27 CPU launch settles.

AMD will launch the Navi 31, its fastest GPU. According to current rumours, the top model should offer more than double the potential compute performance of the RX 6950 XT and at least 50% higher memory bandwidth and capacity. The RX 7800 XT from AMD should be released concurrently with or shortly after the RX 7900 XT. There is also the potential for significant price and performance fluctuations.