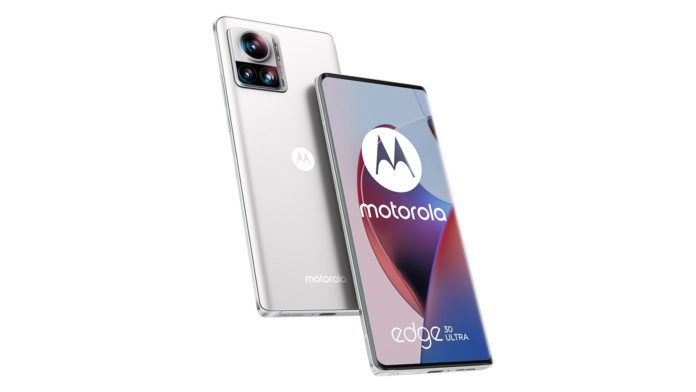 Motorola launched the Edge 30 Ultra in a number of international markets. The Moto Edge 30 Ultra is the company’s latest flagship offering and is basically a slightly tweaked version of the Moto X30 Pro that came out in China last month.

Last month, this smartphone was launched in China under the name of Motorola X30 Pro, and Motorola recently launched a tweaked version of the same phone in Europe. Motorola Edge 30 Ultra sports the world’s first 200MP camera.

It features 6.67-inch FHD+ pOLED of 144Hz refresh rate and a peak brightness of 1250 nits. It has a curved display that supports HDR10+ as well as DCI-P3 color space. The dual-SIM (nano) Motorola Edge 30 Ultra runs Android 12-based My UX skin.

It brings the world’s highest-megapixel camera – the 200MP ISOCELL HP1 – a 1/1.22″ sensor that does 16-in-1 pixel binning for resulting 12.5MP final images with a combined 2.56µm pixel pitch. The sensor can also output 50MP stills with 1.28μm individual pixels, and even the full 200MP resolution with 0.64μm pixels. The lens in front has OIS and f/1.95 aperture. The other two rear cameras are a 50MP ultrawide, and a 12MP Sony IMX663 telephoto which offers 2x optical zoom. The selfie camera is the OmniVision OV60a 60MP unit.

The Motorola Edge 30 Ultra has the latest Snapdragon 8+ Gen 1 5G chip with up to 12GB of LPDDR5 RAM. Storage is up to 512GB.. Connectivity options on the phone include 5G, 4G LTE, Wi-Fi 6E, Bluetooth v5.2, GPS/AGPS, NFC, DisplayPort 1.4, and USB Type-C port. Sensors onboard include proximity, ambient light, accelerometer, gyroscope, and compass.

The Moto Edge 30 Ultra packs a 4,610mAh battery with 125W TurboPower wired charging, up to 50W wireless charging, and 10W wireless power sharing. It has a rating of IP52 for dust and water resistance. Furthermore, it gets dual stereo speakers which have been tuned by Dolby Atmos. For security, the smartphone gets an under-display fingerprint sensor, Face Unlock, and ThinkShield for mobile.

Ahead of the upcoming NBA season, (Motorola x Chicago Bulls): Motorola signed a relationship with the Chicago Bulls