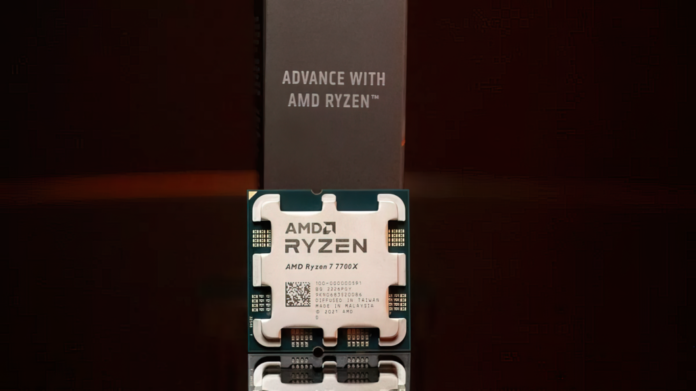 Within Geekbench 5 and CPU-z, new benchmarks of a retail AMD Ryzen 7 7700X 8-Core CPU have surfaced. According to the benchmarks, AMD’s next CPU will compete with Intel’s Core i7-12700K for single- and multi-threaded performance.

The most recent benchmarks were made available in the CPU-z and Geekbench 5 benchmark tests. Since the IPC uplift in CPU-z is just +1% while the IPC uplift in Geekbench is at +14%, both of these benchmarks demonstrate a significant discrepancy in single and multi-core performance for the Ryzen 7 7700X CPU. Therefore, in these benchmarks, we are seeing AMD’s 8-Core Zen 4 performance in both the worst-case and best-case scenarios.

In with CPU-z, the retail model of the AMD Ryzen 7 7700X was operating on the Gigabyte X670E AORUS Master motherboard.

The CPU’s operational voltage was 1.152V, and it was working at 5.42 GHz all-core boost rates with temps around 71C. Neither the type of cooling employed nor if this was operating under load are known. The chip’s reported maximum multiplier is 55.5x, which results in a peak frequency cap of 5.5 GHz.