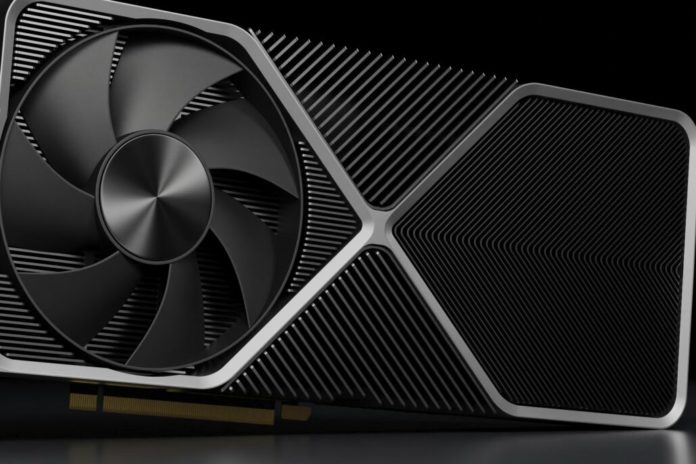 According to reports, QbitLeaks has obtained the Founders Edition design for the next NVIDIA GeForce RTX 40 series. The revised Founders Edition GPU cooler, which will be included on the top-tier Ada Lovelace GPUs like the RTX 4090 and 4080, is visible in the new design.

The leaker claims that the GTC ’22 keynote, which is scheduled to take place two weeks later, would include the new cooler design that has been depicted. Although no specifics about the card are given, the redesigned shroud and fan design do resemble the RTX 4080 cooler that surfaced in a recent leak. It appears that NVIDIA will reuse their current cooler design while giving it a minor cosmetic upgrade.

Although the fans have been modified to a 7-blade design and have grown slightly in size, the general appearance of the shroud and design is largely unchanged from the existing Founders Edition graphics cards. The Ada Lovelace GPUs will be using a lot of power, thus this revised architecture should assist give considerably better cooling. Through the new 16-pin connectors, the cards will also make use of a PCIe Gen 5.0 connector interface and a Gen 5.0 power interface.

The leaker claims that this image is a teaser for GTC, so we may see CEO Jensen discuss his next-generation gaming range there. GTC was once a data centre and HPC-specific event, but since NVIDIA’s earnings have recently declined, largely because of a declining gaming sector, the business has reconfigured its premier event and made it specifically for gamers.

The TBP’s power rating has been increased by 20W to 340W, up from the 320W specification we previously received. This puts the TBP on par with the current RTX 3080 graphics card (up to 350W). Although it is unknown if the other RTX 40 series graphics cards will also benefit from the faster GDDR6X memory upgrade, Micron has already started full-scale production of up to 24 Gbps GDDR6X memory modules, so they must be used someplace.

Previous articleThe Lord of the Rings: Rings of Powers has created a record on its premiere day
Next articleAFC Cup 2022: Kuala Lumpur City eliminate ATK Mohun Bagan with a 3-1 win in AFC Cup Inter-Zonal semifinals