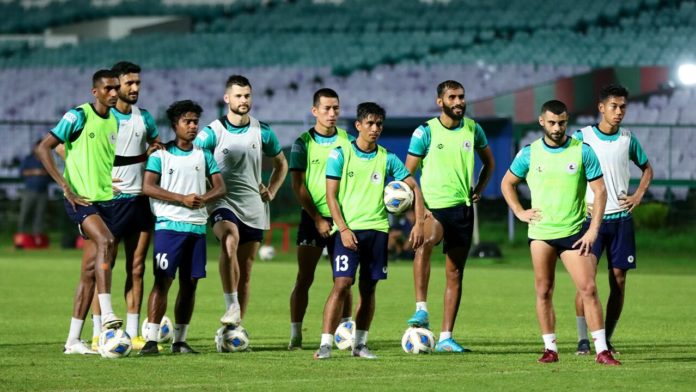 India’s ATK Mohun Bagan (ATKMB) was knocked out from the AFC Cup 2022 after losing 3-1 against Malaysia’s Kuala Lumpur City FC in the inter-zone semi-finals at the Salt Lake Stadium in Kolkata on Wednesday.

Fakrul Aiman and Romel Morales both scored in injury time to ensure Kuala Lumpur City FC become the first Malaysian side to secure a place in the Inter-Zone Final of the AFC Cup.

The Indian side threatened to take the lead in the 17th minute with Liston Colaco making a brilliant run from the right and having a shot at goal. Kuala Lumpur City FC goalkeeper Abdul Ghani initially fumbled but gathered the ball before ATKMB’s Finnish midfielder Joni Kauko could capitalise on the rebound.

The Malaysia Cup holders put on a well-organised defensive display to frustrate their hosts before Josue gave Kuala Lumpur the lead against the run of play. Kuala Lumpur had been forced to sit back and absorb the pressure for much of the first half, although Jordan Mintah could have given his side the lead 18 minutes into the game.

After 45 minutes, ATKMB had dominated 81 percent of the ball possession but were left frustrated with no goals to show. On the hour mark the Indians were made to regret their lack of a cutting edge when Josue struck. ATK’s inability to clear from a throw-in saw the ball shovelled into the path of the Brazilian by Akram Mahinan and Josue’s first-time effort flew into the bottom corner.

With time running out, however, Molla looked destined to take the game into extra-time when he punished Kuala Lumpur’s failure to clear with a clinical strike but Fakrul’s glanced header from Josue’s free-kick out on the right two minutes later remarkably put the Malaysians back in front.

Kuala Lumpur City soon closed any window for an ATKMB comeback by making it 3-1 in the 95th minute. An error from ATKMB captain Florentin Pogba, the elder brother of World Cup-winning Paul Pogba, inside the own half gave Romel Morales an easy opportunity to put the game beyond ATKMB’s reach.

AFC Cup 2022: Gokulam Kerala out of the tournament with a 2-1 defeat against Bashundhara Kings; ATK Mohun Bagan have a strong chance for...