Ek Villain Returns is going to stream on Netflix 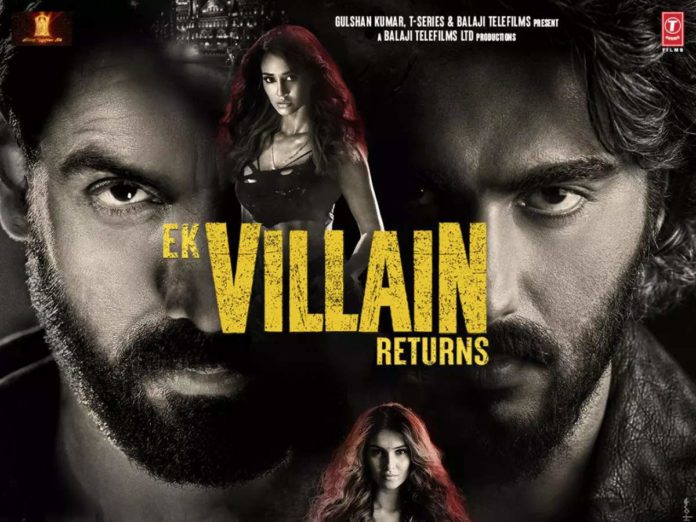 Ek Villain Returns is going to stream on Netflix. It is a romantic thriller movie and the most awaited movie sequel to the 2014 movie named Ek Villain. The movie was directed by Mohit Suri and jointly produced by T-Series and Balaji Telefilms. Everyone is eagerly waiting for the movie to release on an OTT platform and finally, the wait is over.

Ek Villain Returns is going to stream on Netflix

It is the most-anticipated thriller movie of 2022 and was released on 29th July, the movie has collected Rs. 41 crores from the box office. Almost after one month, the movie is going to stream on an OTT platform.

Disha Patni, one of the lead actors of the film has shared the announcement by posting it on Instagram with a stylish picture of the film’s cast. In the picture, Disha, John, Arjun, and Tara look superstylish as they pose for the camera standing next to their on-screen partners. Disha donned a green bodycon dress, while Tara looked pretty in a violet-colored co-ord set. Meanwhile, the male leads opted for an all-black look for the special announcement.

The movie stars John Abraham, Arjun Kapoor, Disha Patni, and Tara Sutaria in the lead roles. Mohit Suri has previously directed many successful movies such as Half Girlfriend, Malang, Murder 2, Aashiqui 2, Zeher, and Kalyug among others. This movie Ek Villain Return is going to be the first collaboration with John Abraham because all the other lead actors have worked with him previously.

Read- Megan Thee Stallion is going to be seen in MCU

All the Horror Film will hit on Netflix in 2022 & Beyond