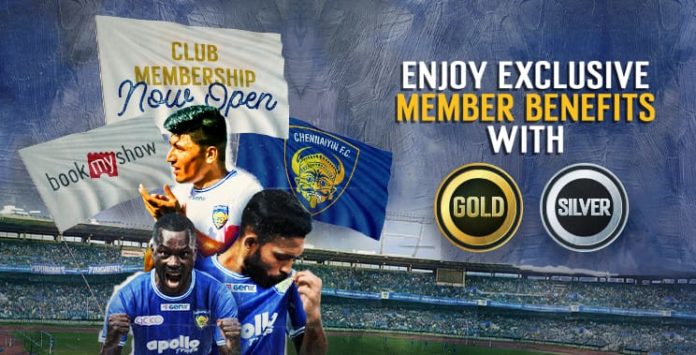 After two years, fans will return to the Marina Arena to support their favourite team Chennaiyin FC in the Indian Super League (ISL). In a bid to celebrate the occasion and welcome their passionate fans, Chennaiyin have introduced a Club Membership ahead of the 2022/23 Indian football season.

The Official Membership is a unique experience that enables the fans to engage with the club better.

The membership will be available across two separate categories – Gold and Silver.

The membership card of both packages can be utilised as a match ticket that provides members with access to all ten Hero ISL league phase games at the Marina Arena at the cost of eight. Both packages also include a personalised membership card that reflects the member’s respective tier in addition to their name.

The Gold Membership card offers the fans additional luxuries which include:

Vita Dani, co-owner of Chennaiyin FC, said: “Through this initiative, the two-time ISL champions aim to build bridges between the club and its fans and help them become more than just spectators.”

The Official Membership will be available exclusively on BookMyShow till September 17, 2023. Chennaiyin FC will kick start their campaign for the new season against ATK Mohun Bagan in Kolkata on October 10 followed by the much-awaited clash against Bengaluru FC at the Marina Arena on October 14.