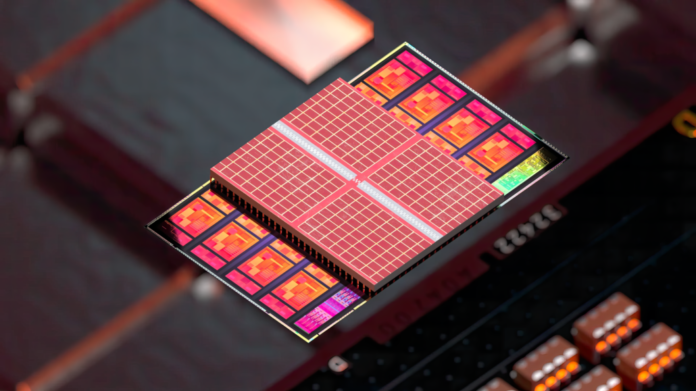 The most recent speculation concerning the Zen 4 V-Cache components comes from Greymon55, who tweeted cryptically about the Ryzen 7000 3D V-Cache CPUs. Three Ryzen 3D V-Cache CPUs, the Ryzen 9 7950X3D, Ryzen 9 7900X3D, and the Ryzen 7 7800X3D, have reportedly been rumoured. According to the SKUs, AMD appears to be targeting the higher-end market with V-Cache chips, with general V-Cache parts maybe following later.

The AMD Ryzen 7 5800X3D already demonstrated that the 3D V-Cache is a very viable uplift in AAA titles, and Ryzen 7000 Non-V-Cache CPUs are already coming in either close to or exceeding the gaming performance on the 5800X3D.

This raises the question of what this would mean for general performance improvement, particularly in games. On average, we can notice an additional 10-15% gain using 3D V-Cache across a variety of titles. The processors may have the same task performance as current components but may have slower clock rates. Future V-Cache CPUs may support overclocking, and the 5800X3D proved that AMD was right when they said that this was possible.

The leaker adds that the AMD Ryzen V-Cache parts are anticipated to be announced at CES 2023, so we will have to wait 4-5 months before we get to see them in action. AMD had previously promised that we will see V-Cache components in use this year, but it appears that they have for now settled on CES 2023.