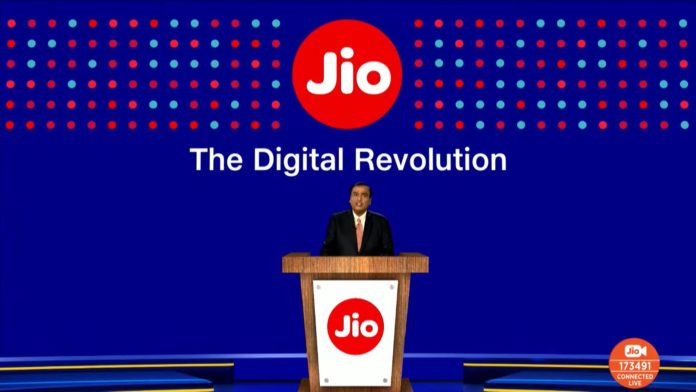 Mukesh Ambani’s once-a-year investor address has turned into a much-anticipated declaration on his $222 billion empire, similar to Warren Buffett’s annual letters to Berkshire Hathaway shareholders. This year, investors will be waiting for information on Monday on Reliance Industries Ltd.’s 5G deployment, how he expects to unlock the value of his telecom and retail units through separate listings, and when and how his children will take over the reins.

The 65-year-old billionaire, who transformed Reliance into India’s largest firm by market value and a formidable conglomerate, has used the address for a number of significant announcements, so anticipation is high. These include the introduction of his innovative cellular service in 2016, the planned investment in Reliance’s energy sector by Saudi Arabian Oil Co. in 2019, and a strategic switch to green energy last year.

A global economic downturn and Gautam Adani’s meteoric rise, who earlier this year surpassed Mukesh Ambani as Asia’s richest man and is now establishing himself as a rival power centre on the corporate landscape, present the refining-to-retail group with two formidable obstacles as they prepare for their annual shareholder meeting.

Investors in Reliance will expect “clarity and specific time lines for the next big things” from Ambani’s more centralised holdings, according to Kranthi Bathini, equity strategist at WealthMills Securities Pvt Ltd. in Mumbai. Investors will remember how Adani’s conglomerate split its business into different listings years ago, unlocking value. Adani’s wealth has increased by $58 billion this year as a result of the stock market bounce, while Ambani’s has increased by $3.3 billion.

Reliance At a local spectrum auction, Jio Infocomm spent over $11 billion on airwaves in an effort to gain an advantage over its smaller rivals, Bharti Airtel Ltd. and Vodafone Idea Ltd., in the deployment of faster 5G networks.

The initial public offerings of Reliance Jio and Reliance Retail Ltd. have been anticipated by the market, especially after the two consumer businesses raised $27 billion from illustrious international investors in 2020.

The largest reform Ambani is currently in charge of is the $76 billion shift toward renewable energy. Given the conglomerate’s roots in petrochemicals and crude oil refining, as well as the current disproportionate contribution of the fossil fuel-led industries to Reliance’s annual revenue, the transition is also challenging.

Reliance has shown interest in significant international transactions during the previous year, including an unfulfilled possible acquisition of the British drugstore giant Boots. Investors want to know if there is still a desire for international acquisitions in the midst of a weakening global economy.

Previous articleWho is the highest-paid tennis player in 2022? Find out here
Next articleMahindra Group: Viral video shows how the company’s New Scorpio-N is Manufactured at its Pune Plant

Fate of Reliance is now on Akash, Isha, and Anant’s shoulders