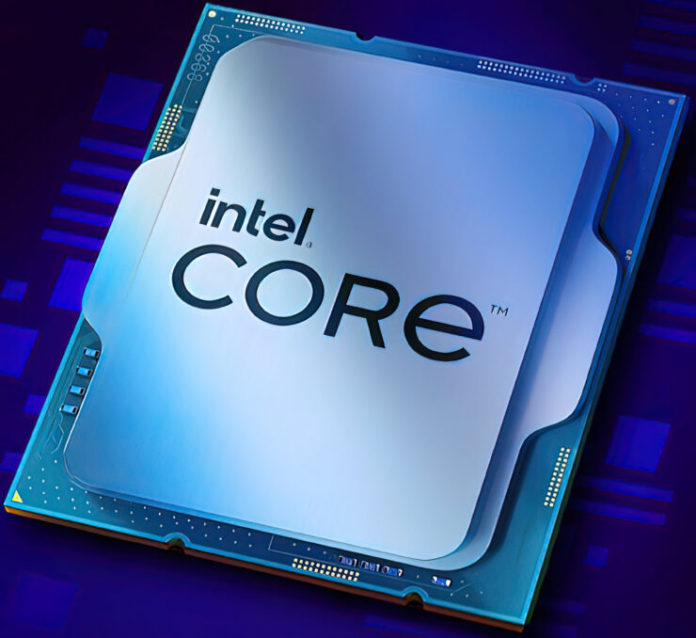 The Non-K Core i9-13900 with 24 cores and 32 threads has slipped out of an Intel Raptor Lake CPU test for a new day. The Intel Core i9-13900, discovered by Benchleaks, is a Non-K variant that is optimised for a base TDP of just 65W as opposed to the unlocked chip’s base TDP of 125W. (PL1). Although the maximum turbo power will undoubtedly be significantly greater, at roughly 200W, it won’t be as extreme as the 13900K’s 250W+ cap.

The Intel Core i9-13900 Raptor Lake CPU will have the same 24 cores, 32 threads, and 68 MB of total cache as the Core i9-13900K in terms of core arrangement. The Non-K chip’s clock speeds, which are rated at 2.0 GHz base clock & a maximum boost frequency of up to 5.6 GHz, and the previously mentioned power constraints, which are slightly lower for the Non-K device, are the only variations. 3.0 GHz base and 5.8 GHz boost clocks are features of the 13900K. The Non-K chip’s all-core clock management will also be somewhat conservative, so there won’t be as much of a boost in multi-core performance as there would be with the unlocked SKU.

The Intel Core i9-13900 Non-K Raptor Lake CPU performs 24% worse in multi-threaded tasks and 8% slower in single-core tasks when compared to the Core i9-13900K. This is quite good, but it demonstrates the extent to which Raptor Lake CPUs’ high multi-threading capabilities depend on power. A TDP and power-conservative environment will significantly reduce the 13th Gen chip’s multi-core output.

On the Z790 platform, the Intel 13th Gen Raptor Lake desktop CPUs, including the flagship Core i9-13900K, are anticipated to go on sale in October. The Ryzen 7000 CPU family from AMD, which also debuts in the fall of 2022, will compete against these CPUs. Raptor Lake’s initial SKUs will only have K-series processors, with Non-K CPUs and standard motherboards following soon after.

Previous articleInto the Dead 2: Unleashed: Netflix has dropped a new  Ghostbusters  Mobile Game
Next articleMicrosoft doesn’t seem to have any plans of increasing the prices of its Consoles anytime soon