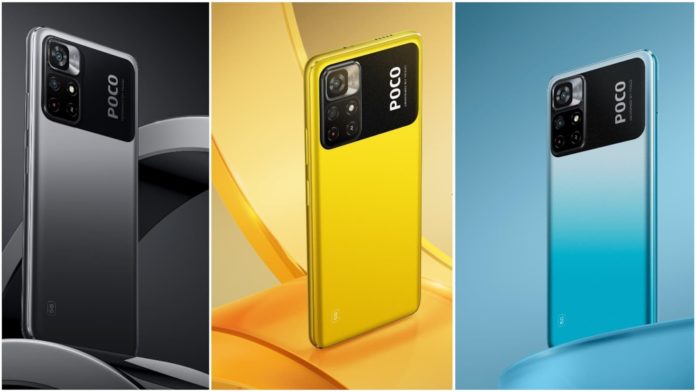 Poco’s Indian division has posted an image on Twitter teasing a new M-series smartphone powered by the Helio G99 SoC. Poco has not yet revealed the name of this new smartphone. However, the image shared by the company suggests that the back panel will have a leather finish.

As per a report, the teaser is for the M5. Although, the teaser poster shared by the company doesn’t reveal any details about the handset, it mentions “G99”. This reportedly suggests that the Poco M5 could be powered by a MediaTek Helio G99 SoC. The expected price in India and availability were recently leaked online, as per a report. The smartphone will reportedly debut in India in early-September. It is also said to be a 4G smartphone.

The M5 4G will be the first handset under the M5 lineup from the company. The report also revealed that the upcoming M5 4G will be powered by a MediaTek Helio HG99 processor and at least 6GB of RAM. Let us take a closer look at the M5 4G leaked specifications.

The phone could reportedly sport a 6.58-inch LCD display with full-HD+ resolution. As mentioned above, the phone could be powered by a MediaTek Helio G99 SoC. The report added that the Poco M5 could pack a 5,000mAh battery with at least 33W fast charging support.

The smartphone will reportedly feature a chic-leather design, as seen by POCO’s latest teaser. It is said to be a 4G handset, which will run Android 12 out-of-the-box. M5 4G is said to offer a side-mounted fingerprint scanner. Ee can expect the MIUI for POCO skin on top.

According to the report, the company could also launch a 5G variant of the M5. It could reportedly retain its “chic-leather-like” back panel. It could reportedly also feature a side-mounted fingerprint scanner for unlocking, and dual-band Wi-Fi and Bluetooth v5.0 support for connectivity.

Poco M5 could be priced below Rs. 15,000 in India, as per a recent report. The mentioned price range is reportedly for only the base model of the smartphone. Other variants are expected to be priced higher, the report added. The Poco M5 is said to launch in India in early-September.