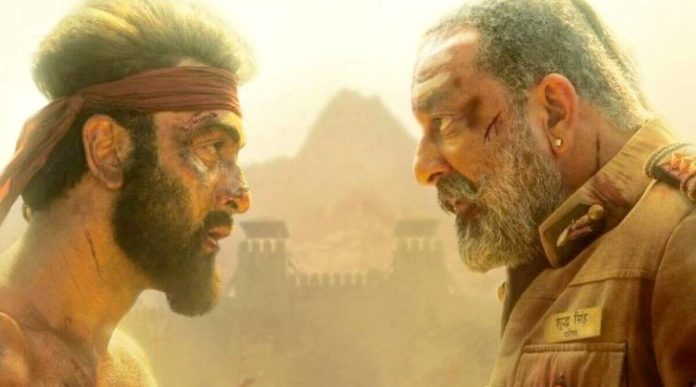 Shamshera is now streaming on Amazon Prime Video. It is an action drama film starring Ranbir Kapoor, Sanjay Dutt, and Vaani Kapoor along with Ronit Bose Roy and Saurabh Shukla in the main roles. It is directed by Karan Malhotra and is produced under the banner of Yash Raj Films. This is the fourth movie of Yash Raj Films to be released after the digital premiere of Bunty Aur Babli 2, Jayeshbhai Jordaar, and Samrat Prithviraj.

Shamshera is now streaming on Amazon Prime Video. It was released on 19th August 2022. One who has a subscription to Amazon Prime Video can watch the latest movie by Ranbir Kapoor and also other newly released movies which are available on the OTT platform. With a paid package, you can also download movies in HD and watch them at ease.

Built on a larger-than-life premise, the movie is now available on the service for audiences across the globe. The film is available in Hindi along with Tamil and Telugu language dubs.

Shamshera is a mass entertainer & action film. The main role is being played by Ranbir Kapoor in a double role- as Shamshera and as his son, Balli. The film circles around the fictitious city of Kaza, a warrior tribe that is imprisoned, enslaved, and tortured by a ruthless authoritarian Shudh Singh. Shamshera is a legend for his tribe who relentlessly fights for his tribe’s freedom and dignity.

Read- House of The Dragon: All details about when and where to watch

Something From Tiffany’s: A Mixed Up of Engagement Ring helps Zoey Deutch to Find a Correct Person