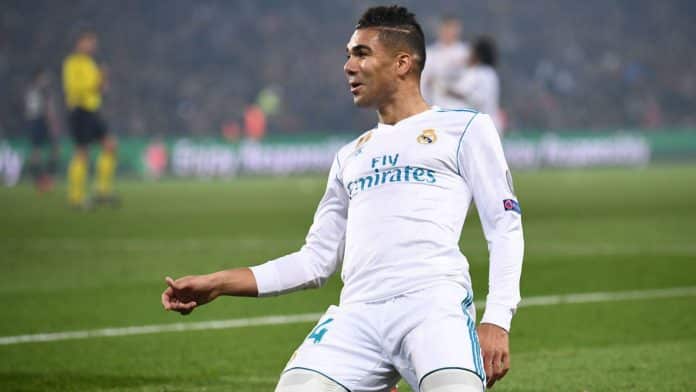 Manchester United are expected to submit the official bid to sign Casemiro from Real Madrid today. By the looks of things, the player will not be turning down the crazy financial offer that he has received.

The Premier League club offered to double his current salary, which will see him earn €430,000 per week at Old Trafford. As a result, it is likely that he will be making the move away from Real Madrid as things stand, even if he won’t be playing in the Champions League.

Manchester United confident of signing Casemiro: How will it affect both clubs?

The Brazilian will cost United €70 million, which would make him one of the most expensive players over 30 to make the move to England. However, Manchester United badly need a quality defensive midfielder to fortify their midfield. They have failed to sign such a profile throughout the summer, and are now forced to use their financial power to lure the player to the club.

Real Madrid already signed a defensive midfielder in the form of Aurelien Tchouameni earlier in the transfer window. But, the iconic trio of Kroos, Casemiro and Modric will no longer play together. Madrid will also lose a vocal leader in the locker room, and on the pitch.

Casemiro’s departure will be a huge blow to fans as well, but Madrid are prepared to deal with it for the time being. Tchouameni is currently 22, and is yet to reach the peak of his abilities. So, Madrid might try to sign a backup option to share some of the responsibility with the Frenchman.

Previous articleJohnny Depp takes the director’s chair to make the Biopic of Amedeo Modigliani
Next articleAubameyang to Chelsea: Is it a good move for FC Barcelona?