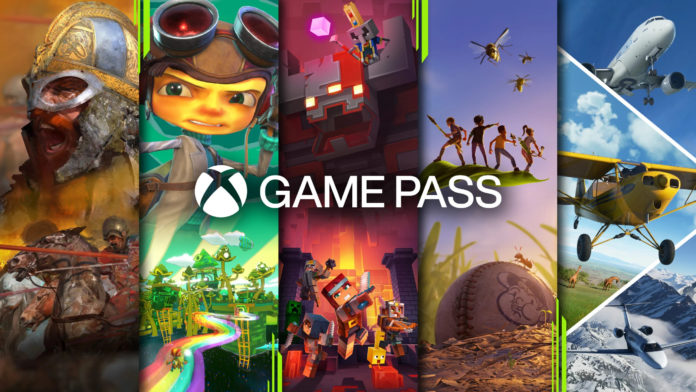 There is a tonne of content available in the Xbox Game Pass library, but if you want to focus your attention on just one game and invest many hours in it, you can’t go wrong with an open-world sandbox. Each month, new games are added to the Xbox Game Pass collection, and a few games often leave the program. Because of this, our ranking of the top open-world games available on Game Pass will also evolve.

EA Play, online multiplayer, and the option to borrow titles from the Xbox, PC, and Xbox Cloud Gaming library via other gadgets like cellphones are all included with Game Pass Ultimate. Online multiplayer and EA Play are not included in the standard Xbox Game Pass membership. Additionally, PC Game Pass, which is identical to the standard subscription in price ($10) but only offers the PC collection, is not surprising.

Ark: Survival Evolved may have the appearance of a standard survival game with a quid pro quo resource-gathering gameplay mechanism, but it differs from those games in that it immerses players in a dangerous dinosaur and alien-infested world. Only those players with adequate cunning, strength, and flexibility will be able to live in this harsh wilderness, which is set in an environment packed with constant danger and cruel barriers. Is the effort worthwhile? Yes, you should invest some time in this popular game before its sequel comes out because with enough work you can earn yourself a sweet dinosaur ride.

The last several games in the series have taken players on beautiful tours of ancient lands, continuing the series’ tradition of having some of the nicest landscapes in which to sneak around. While Odyssey’s Mediterranean islands and Valhalla’s feudal England are unquestionably fascinating, Origins’ breathtaking reconstruction of Ancient Egypt makes it possibly the most compelling. Something is alluring about a past Egypt that has been lost to the sands of time, from its grandiose pyramids to the exquisite waters of the Nile river.

Astroneer is all about exploring a little area of the universe as pure astronomical catharsis. The Astroneer approach to exploration feels tangible and is an unbeatable reflection of advancement thanks to its seven distinctively designed planets, low-polygon aesthetics, procedurally generated topography, and complete freedom to give these rocky spheres new life.

Your sandbox must be amazing if it was directly influenced by one of the greatest Guns ‘n Roses songs ever. By the time Burnout: Paradise was released, racing games with specific cities to explore were becoming more popular. Years later, it’s brilliant remaster demonstrated why it was one of the best in its category. Long expanses of smooth tarmac, cunning turns, and obscure streets made Paradise City the perfect place to burn some rubber. With a fine horsepower collection to amass and employ, high-speed pursuits and cringe-worthy collisions still feel terrific in this iconic showcase of automotive culture.

The fantastical setting in Dragon Quest Builders 2 certainly fits the bill, but the main draw is the ability to transform the environment at will using building techniques inspired by Minecraft. This sequel is a significant upgrade over the original and one of the most satisfying action RPGs in recent years when you add in a surprisingly solid RPG direction and some excellent construction aspects. Even if it has a long playtime of at least 50 hours, there’s a considerable chance you’ll want to keep playing it for longer.

The icy environment of Skyrim, a Nordic sandbox full of dragons, evil wizards, and knights who took one too many arrows to the knee, still feels fantastic to explore more than ten years later. There’s always something to do in Skyrim, and adventure is never too far away, with its towering mountains, majestic castles, and underground kingdoms. It’s never too late to return to a world of dungeons, dragons, and Daedric gods thanks to recent new-gen improvements that have made Bethesda’s masterpiece appear better than ever.

There is no doubting that the Montana region of Far Cry 5 is a spectacular example of digital tourism, despite the contentious nature of its marketing strategy. If you don’t mind coming into a few cultists along the road, you’re in for a terrific time exploring the remote forests, quaint towns, and wildlife preserves that have a distinct frontier feel to them. You can rent cars, boats, and helicopters to assist you to navigate this beautiful Montana landscape, which is full of eerie secrets, beautiful panoramas, and friendly residents.

The Forgotten Metropolis requires you to loop through the historical streets to stop a runaway sinner from inflicting some Midas touch punishment on the populace. It is not only a tumble into an opulent Roman city lost to time. It’s Columbo with a touch of antiquity in which you must use your foresight and a time loop to prevent a crime from occurring to save the day. To be clear, compared to many other games on this list, this one has a much smaller open world, but it still embodies the essence of what makes this genre so captivating.

The Forza Horizon festival switched locations from cheery England to sunny Mexico last year, providing a racing environment that was lush, vivid, and filled with endearing history to race through. Forza Horizon 5’s Mexican setting brought more stories and adventures than it did amazing courses to float through, making the journey feel more relatable than ever. All of that charm is also heightened by visuals that are a technological display of what the Xbox Series X|S consoles are capable of.

Forager is all about the never-ending quest to make some delicious money, hidden beneath its adorable aesthetic. As soon as you enter the game’s straightforward open world, you’ll feel like you’re in for an adventure. You can always advance and earn money to spend to unlock additional biomes. You’ll be engrossed in the allure of Forager for hours on end because of the freedom that makes the adventure oh so enjoyable and the abundance of fantastic Zelda-like dungeons to discover.

Though trends come and go, the notion of a Halo game taking place on a massive cosmic donut never seems to. Master Chief’s return to odd alien buildings in Halo Infinite feels nostalgic while incorporating some contemporary elements into the formula. Alien structures have a commanding appearance, forward operating bases offer lots of motivation to keep capturing new areas, and using a helpful grappling hook to move around the environment improves traversal and fighting more than before.

In the most recent trilogy of Hitman games, players explore a universe of assassination through a succession of smaller levels rather than one large sandbox. Each of these levels, from Miami to Japan, functions like a complex toybox of opportunities as you hunt down targets, offering dozens of opportunities for you to do rid of bad individuals using a variety of instruments and karmic retribution. Each one is exquisitely designed, conceals many secrets, and contributes to an amazing tale of intrigue and murder. The complete freedom to tackle each scenario in any way the player sees fit in Hitman 3 leads to some very memorable (and humorous) moments.

While some sandboxes are sizable, Microsoft Flight Simulator stands out because it allows you to view the entire world from the air. Each region of the world is depicted in exquisite and exact detail using cutting-edge photographic technology and satellite data. That makes flying over the gorgeous Tokyo urban sprawl, the verdant jungles of Peru, and the arid lands of Africa feel more alive than ever as you survey the earth from your cockpit.

How can you get a sandbox that is larger than the entire world to play in? by exceeding the atmospheric boundaries of a galactic-scale game? No Man’s Sky includes entire galaxies for you to travel across as you develop from a brave space explorer to an experienced navigator who is prepared to travel to infinity and beyond. This is made possible by some ingenious technology and procedurally generated content. Since the game’s release, Hello Games, the creator, has added a tonne of extra content as well. Every few months, a sizable number of new ships, tools, and missions are added to the game’s extensive toybox.

The Outer Worlds offers plenty of space to strut around when you land on any of its planets, even though it isn’t No Man’s Sky-sized on a cosmic scale. Each celestial body has its environment, adventures to be had, and people who are happy to chat you up a storm—all neatly packaged up in a neo-noir space travel package.

Outer Wilds is a different cosmic toybox that incorporates time travel loops to produce intricate and fascinating spheres to explore, not to be mistaken with Obsidian Entertainment’s solar system of space adventure. Each journey through time adds new dimensions to the experience, and each biome and planetoid you’ll visit is rich with minute features that make returning to it after a break all the more satisfying. It’s a fascinating open-world game since you uncover more intriguing riddles the more loops you complete.

With Rare’s wonderful Sea of Thieves, you can leave the land behind and embrace the sea. There is a big (and very wet) world out there where you can set sail, fellow pirates to meet, and plenty of peril on the high seas to be on the lookout for. Since its release, Rare has added new realms and objectives to its nautical voyage, creating a seaworthy game with lots of charm.

San Francisco isn’t given nearly enough attention in video games, but in 2016, Ubisoft’s creative level designers built a recreation of the city that was an excellent hacker playground. You may spend dozens of hours exploring the bay area in the sandbox, which, like most Ubisoft games, has no shortage of things to do.

Xbox and IHOP partner together For Gaming rewards