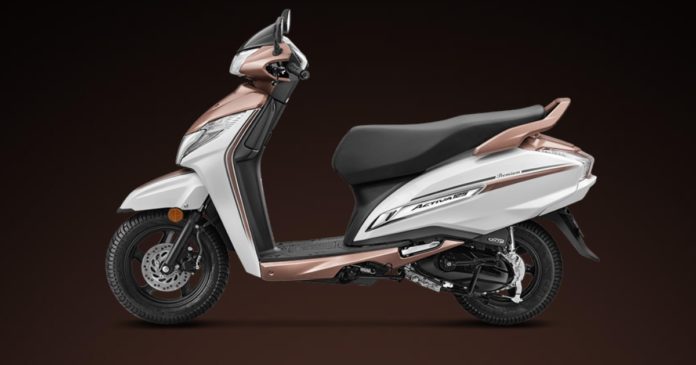 Honda is entering the EV scooter segment with its all-new Honda Activa E. In an interview with ET Auto, Honda Motorcycle and Scooter India President, Atsushi Ogata, confirmed an HMSI EV product debut in the country. The Japanese company had even started the development of flex-fuel technology for the low-cost Indian commuter motorcycle segment. But the lunch is not expected in India until 2023.

The Honda Activa has been one of the top-selling scooters in India and the company is relying on its value for the audience in order the e-scooter. The same name of the electric scooter will work as an advantage for the company as it launches the new electric scooter in the next couple of years. The two-wheeler giant is also considering battery swapping options to keep the initial purchase cost affordable and eliminate range anxiety – a big challenge for the greater adoption of electric vehicles.

Honda has stated its upcoming EV will be out within the next financial year, possibly by the end of this year if we’re lucky. It will likely be the Honda Activa E. Additionally, Honda has also teamed up with Hindustan Petroleum Corporation Limited (HPCL) to establish a network of battery swapping stations across the country at the latter’s petrol pumps.

Expect the Honda Activa E to carry the design language of the ICE Activa but with futuristic elements. Electric vehicles are usually heavier than their ICE counterparts, mainly due to the heavy battery packs. Honda Activa’s all-metal body is its USP and it remains to be seen whether the Activa E would retain the metal construction or switch to a fiber body to keep the weight in check.

Honda has over 6000 dealers across India and can provide the necessary charging infrastructure and battery swapping stations for its customers. The removable battery packs provide the convenience of replacing the discharged battery at battery swap stations or you can charge it at your home.

Honda seems to have assessed the subscription model offered for the Bounce Infinity E1 vehicle. The subscription service will allow you to rent the batteries and swap them at Honda’s service stations. This will save the upfront cost of the batteries for the buyers and will allow Honda to launch the Activa E at aggressive prices.

For this electric scooter, Honda has already set up a new subsidiary for manufacturing battery packs. The new subsidiary has been registered in Bengaluru and Rs 135 crores are expected to be invested in it. The production of battery packs in the local market will ensure that Honda will have an edge over its rivals in terms of price. Honda’s previous partner Hero is also set to release its new EV scooter next month, introducing more competition in the developing Indian EV market.

Honda has been testing the Honda Benly E concept scooter with the battery swapping technology, which keeps the hopes high. Also, the fact that Honda has set up a Honda Power Pack Energy India Private Limited subsidiary firm in Bengaluru, suggests that the e-scooter from the brand may arrive sooner than expected. The Activa E, including the battery, could be priced at around ₹1.25- ₹1.40 lakh ex-showroom. The scooter with the battery rental service subscription could come for around ₹1 lakh ex-showroom in India.