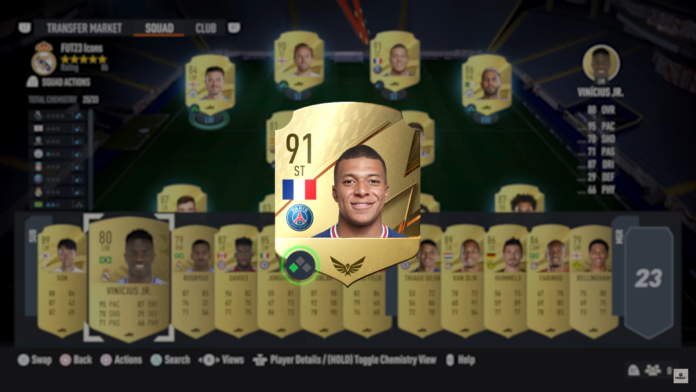 EA Sports’ football-based video game FIFA has been a huge hit with the players over the years. They release a new version of the game around September each year. They have already started planning the release of the next FIFA game, FIFA 23.

However, many things are going to change in the upcoming edition, which is expected to be the last game of this franchise. The current partnership between EA Sports and FIFA has been extended to cover World Cup but this year’s FIFA 23 could be the last game of the franchise to be released. Starting from July 2023, EA Sports will be launching EA Sports FC which will take the place of the football-based video game.

The major updates coming to FUT 23

This is a whole new game mode coming to FUT 23. Moments will allow you to play specific scenarios like overturn a 2-0 deficit and win in the last 15 minutes, score with your goalkeeper, etc. Depending upon your difficulty level, you will get Stars, which is a new reward system in FUT. You can redeem the Stars in the Moments Stars Gallery and earn players or packs.

There will be a maximum of 33 chemistry points available for your squad instead of the previous 100 chemistry points. It will now have 3 stars per player. The links between the players don’t have to be direct and can be anywhere in the team. Icons and Heroes will have full chemistry when put in their correct positions.

So, there will be more squad freedom in FIFA 23 and the concept of secondary positions for the players will also give you a lot of options to play the player in your preferred position. Even if you put a player in an odd position, it will get 0 chemistry but won’t get any negative stats. It will always play at least in its base stats.

The freekick, penalty, and corner kicks have been revamped in FUT 23. As you can see, the trajectory of the ball is shown by a line and the type of shot, ie, inside foot curled is also shown.

The FIFA World Cup Qatar 2022 will also be included in this FIFA 23 which will add more excitement to the game. The cross-play feature will also be an excellent addition to FIFA 23.

Read: FIFA 23 – Cross-play: In-depth analysis and details of the new feature coming to the game