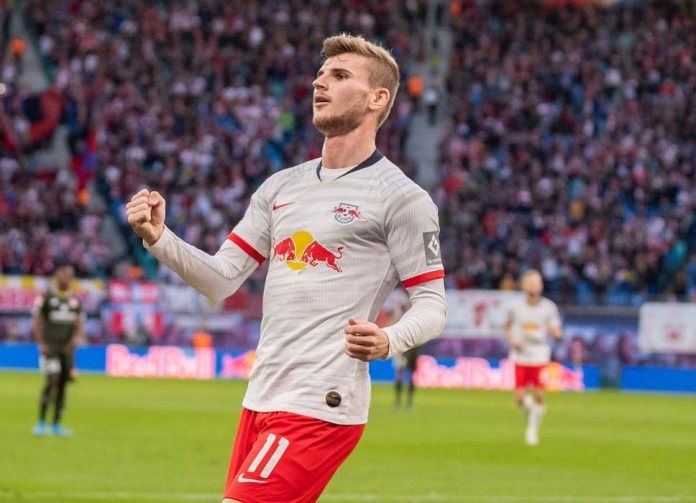 Timo Werner has completed a permanent transfer back to RB Leipzig from Chelsea. The German spent two years with the West London side, winning the Champions League with them. And now, he has signed a four-year deal with his former club.

The Premier League side have agreed a fee worth £25 million plus add-ons for the striker. The forward expressed his frustration over game time during the pre-season tour in America, especially since it was a World Cup year. And so, he has sealed a move back to the Bundesliga where he was one of the top goalscorers before leaving.

‘Dear Blues, Today marks the end of my journey with Chelsea FC,’ the German forward wrote on social media. ‘I am incredibly grateful for the time I spent at this special club.

‘At this point I would like to express my appreciation for my teammates, the coaches & staff, and especially for you, the special supporters of Chelsea Football Club.

‘I felt so much love and support throughout the last two years and I will never forget how you guys stood behind me in good and challenging times!

‘We lifted trophies like the Champions League together and I will always remember the song you wrote and chanted for me. I’m already looking forward to hopefully playing at Stamford Bridge again one day!

Following the departure of Timo Werner, Armando Broja is the only natural centre-forward in Thomas Tuchel’s squad. Chelsea will either have to sign a new striker, or continue with Kai Havertz out of position as a 9, while Broja tries to break into the squad.

Previous articleGeForce Gamers are Game Ready for Marvel’s Spider-Man Remastered, Madden NFL 23 & more
Next articleDelhi Crime (Season 2): Shefali Shah and her team come into the field to cease the Growing Crime in the City