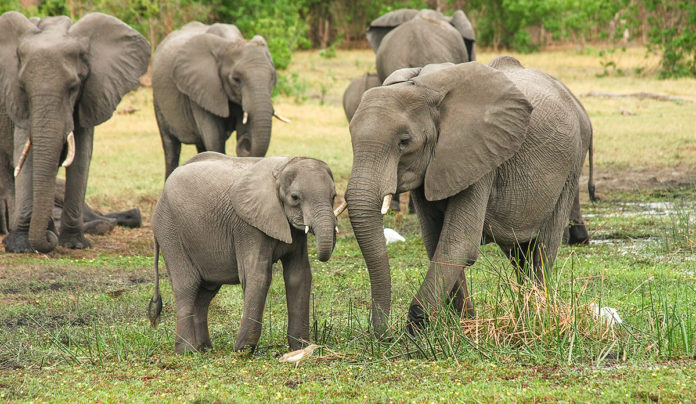 The 2017 wildlife census indicated that India had just 27,000 elephants across 23 states. This was a surprisingly low number considering over 60% of the Asian elephant population is supposed to be in India. On the occasion of World Elephant Day (August 12),  CEO of Grow-Trees.com, Bikrant Tiwary observes, “As per the data provided by the Union Ministry of Environment as many as 1160 elephants were killed between 2010 and 2020, and elephant numbers continue to dwindle  despite the fact that they are revered in India.”

Bikrant believes rampant poaching, human-animal conflict, and shrinking natural habitats must be addressed urgently and this is why Grow-Trees.com has initiated plantation initiatives to preserve elephant habitats and expand the elephant corridor that extends from Odisha to West Bengal and crosses the Dalma Wildlife Sanctuary in Jharkhand.

Bikrant also offers a few suggestions about how we can all do our bit to conserve these majestic, gentle giants.

Do not geotag elephant photos on social media

Says Bikrant, “Whenever we are amid wildlife, the first instinct is to click pictures but whenever we post a photo on Facebook, Twitter, or Instagram, and use a geotag option to reveal the GPS location of where the image was clicked, we literally invite poachers to track and hunt down endangered elephants, tigers and other species that may be on the verge of extinction.” He suggests that as a precautionary measure, we should turn off the GPS on our phone and not mention the name of the wildlife sanctuary where an animal was spotted, and just refer to the  region in question, in a general way.

Bikrant refers to an award-winning documentary, ‘Elephants in the Coffee’, that depicts the growing tension between coffee growers and elephant populations in Karnataka where over 70 percent of India’s coffee is produced. While sipping our favourite beverage, we may not know that we may have played an indirect role in displacing elephants from their  natural environment, says Bikrant and adds, “Coffee plantations also have cardamom, ginger, vanilla, and other spices that attract animals subsisting on vegetation and when elephants encroach plantations,  a human-elephant conflict can get out of hand quickly.  Make sure that you patronise a coffee brand that has been certified by Forest Stewardship Council (FSC) as Fair Trade. An FSC certificate ensures that the plantations were managed responsibly.”

Recently, a near total ban was imposed by the UK on the import, export and dealing of items containing elephant ivory. This was an important  step as over 20,000 elephants are estimated to be slaughtered annually to cater to ivory demands. Says Bikrant, “Even though the import and export of ivory have been banned in India since 1976,  illegal poaching of elephants  is wide-spread.  Ivory is still used for making artefacts,  jewellery, dominos, fans, piano keys etc and Asian elephant tusks are high in demand which puts elephants at risk and also causes an imbalance in the gender ratio of elephants in Asia. This is why it is critical that we refuse to use ivory products once and for all.”

A  2017 study by World Animal Protection has stated that as many as 3000 elephants were held captive in tourist places across Asia and were denied enough food and water. Says Bikrant, “Often baby elephants are taken away from their mothers to provide joy rides to  tourists. If you love wildlife safaris, make sure you choose one which doesn’t disturb or harm animals or biodiversity. Offering bananas and coconut leaves to elephants is also not a good idea as it familiarises them to humans. This may lead them into heavily populated  areas where a conflict with humans may become inevitable. Please behave responsibly around wild animals and before finalising a tour operator, check their websites to see if they follow  wildlife and environmental conservation policies and are ethical. “