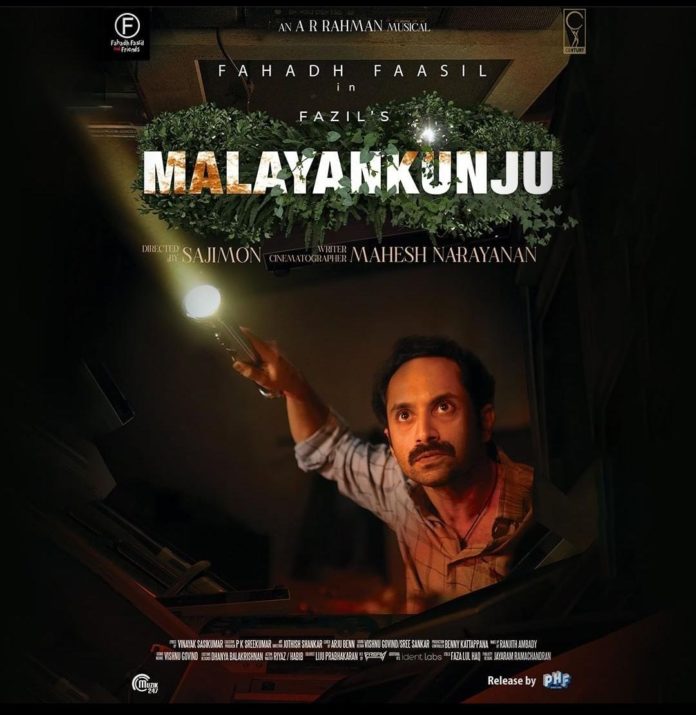 Malayankunju starring Fahad Faasil is all set to release on the OTT platform. It is an emotional survival story, where a man gets trapped in a landslide. The movie also stars Rajisha Vijayan and Indras in the main roles. According to the press release, it has come to know that the movie is being shooted 40 feet under the ground level and has dreamlike sequences that have turned the movie’s usual survival story into a different level.

Malayankunju is a Malayalam language movie, written and directed by Mahesh Narayanan and Sajimon Prabhakar respectively. On Monday, i.e. today on 8th August, the OTT platform announced the release date of the movie. The movie is going to be released on11th August 2022.

The movie was released in theatres on 22nd July and it has received rave reviews from the critics and the viewers. The movie shows us the journey of Anil who is an ill-tempered electronics technician leading s quiet life with his mother.

The official synopsis of the movie reads, “His daily routines are disrupted when his neighbor’s newborn stirs up undesirable memories from his past. A person with many shades, Anil’s connection with the baby and his struggles to survive under the rubble of an intense landslide form the crux of the narrative”.

Fahad is known for his famously known movies such as Joji, C U Soon, Malik, and Vikram. He said, he hopes that more people will warm up to Malayankunju upon its release on Prime Video.

In recent times, the Malayalam film industry has not seen a film like this before and the lead actor has also shared that he is glad that the audiences and critics have appreciated their efforts. He also expressed his happiness about his fourth movie collaboration with Prime Video after CU Soon, Joji, and Malik.

He said, “‘I look forward to Malayankunji reaching out to a vast audience through this streaming platform and can’t wait to hear from a new set of the audience”.

The director praised the actors for their brilliant performances in the movie. He said, “Malayankunju is a riveting story and Fahadh is just brilliant in it. Despite the tough circumstances, Fahadh gave a wonderful performance which has been applauded by cinephiles. Now we are looking forward to understanding how audiences worldwide react to this gripping thriller”.

Read- Marvel Phase 6: List of new arrivals of the Avengers

The Lord of the Rings: Rings of Powers has created a record on its premiere day