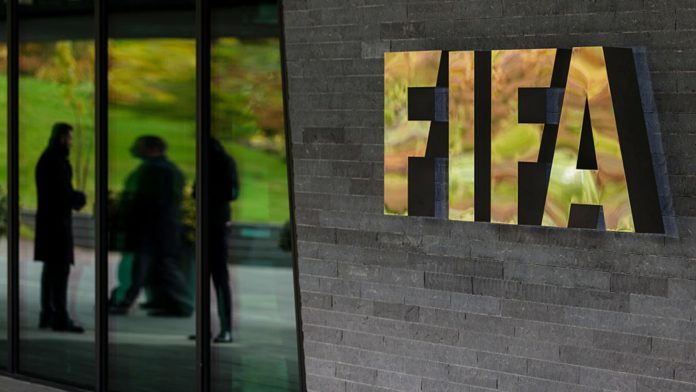 World football governing body FIFA has threatened to suspend the AIFF and strip off its right to host the women’s U-17 World Cup in October due to a third party “influence”, a development which comes just days after the Supreme Court’s directive to hold elections of the national federation. India is to host the FIFA women’s U-17 World Cup from October 11-30 and the Union Cabinet last month approved the Signing of Guarantees for hosting the women’s age group showpiece to be held in Bhubaneswar, Goa and Mumbai.

A FIFA ban, on account of delayed elections to the AIFF, may result in the Women’s U-17 World Cup being shifted outside India. The tournament is to be held in three venues from October 11 to 30. The Supreme Court on August 3 directed the executive committee of the All India Football Federation (AIFF) to expeditiously hold elections as per the schedule proposed by the Committee of Administrators (CoA), which is currently running the affairs of the national federation.

It took note of the fact that India is due to host the FIFA Under-17 Women’s World Cup from October 11.The elections were to be held on August 28 and the poll process was to start on August 13, as the top court approved the time-line prepared by the CoA. A bench of Justices D. Y. Chandrachud and Surya Kant said it will hear on August 3 the modalities for holding the elections, days after the final draft constitution of AIFF prepared by the Committee of Administrators (CoA) was submitted to the Supreme Court for approval.

“We are putting you on guard that we will not be able to devote the amount of time to finalise the entirety of the constitution. We will go by the suggestions that some directions may be issued for holding of the elections. Put a body in place and conduct the tournament in October. When we are laying out the modalities of the elections, we will also lay down modalities for fixing the electoral college,” the bench said.

In the letter sent on Friday, signed by FIFA and AFC General Secretary Fatma Samour and Datuk Windsor John respectively, the world body said the Supreme Court’s order “allegedly” resulted in deviations to the roadmap agreed upon earlier.

Senior advocate Gopal Sankaranarayanan, appearing for the Committee of Administrators, said international football governing body FIFA has written a letter saying the constitution needs to be in place by the end of July. He submitted that there should be no rush in deciding the constitution of AIFF.

“I don’t think FIFA can believe that it can rush the court and AIFF in taking such decisions. Those who have been sitting in power in such bodies promote themselves to international bodies. When SC hauls them up, they write to international organizations,” Mr. Sankaranarayanan said.

The apex court had on May 18 appointed a three-member Committee of Administrators (CoA) headed by former top court judge Anil R. Dave to manage the affairs of the AIFF and ousted NCP leader Praful Patel-led executive committee which had overstayed its four-year term by two years. The top court had asked the three-member CoA to immediately take charge of the AIFF and directed the erstwhile committee to play a consultative role in discharge of the functions of the CoA like holding tournaments and selection of players.