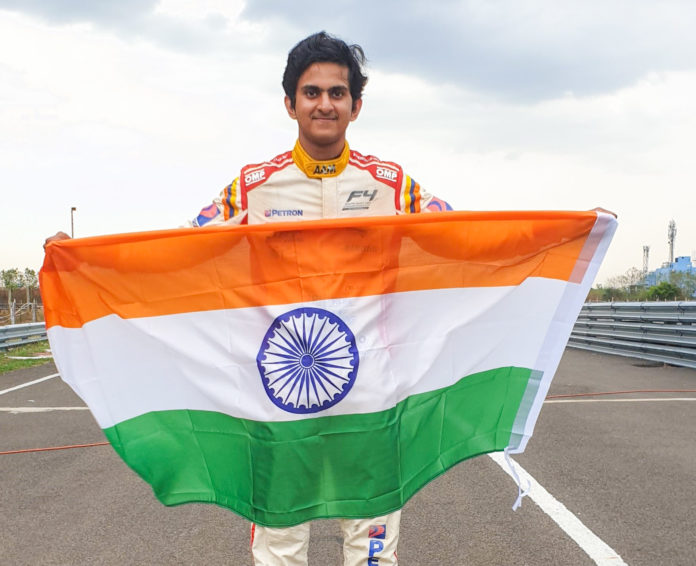 Ibrahim secures second position in the Continental Qualifiers and fifth globally; SRWC final will be held in Monaco from October 23-24

Ibrahim ended the race impressively with a lap time of 1:33.575 behind Thailand’s Thanathip Tanalapanan, who grabbed the top position after completing the race in 1:33.561.

India’s other participating driver, Davlish Singh, on the other hand, secured the sixth position with a lap time of 1:34.026 at the Qualifiers which saw the participation of 14 top drivers from across Asia, competing for two available spots in the final. Both Ibrahim and Davlish had won the NESC22 (Simracing), the Indian National Qualifiers which were held in a hybrid mode at ESFI’s multiplex partner INOX’s Megaplex, Malad, Mumbai.

“Since my childhood, I’ve been fascinated with racing cars, which developed into a passion for motorsports. It is a surreal feeling to qualify for the grand final of the SRWC. I feel glad to have carried the momentum in the qualifiers after winning the NESC and hope to do so in Monaco as well. It is going to be a challenging experience to compete with the best sim racing drivers from all over the world. I will be working on a few minor things to improve my gameplay and perform at the highest level to make my country proud in the finals. Racing is my goal and vision, wish to excel in both Sim as well as on Real Motorsports, and always look for opportunities and support.” said the jubilant Ibrahim, who already has titles of the Isolation E Championship, McLaren Logitech G Challenge, US F4 Kcr Championship and Ultimate E Championship to his name.

The Continental Qualifiers saw drivers from 39 countries, divided into 5 continents. The final will take place in Monaco from October 23 to 24 as Ibrahim among 12 top drivers will fight for the title.

“Ibrahim has made the entire country proud by making sure India is one of the countries that contests in the inaugural Sim Racing World Cup final. Both Ibrahim and Davlish performed brilliantly against the top drivers from the Asia region. This is a huge achievement for the sim racing community and another step towards further growth of Esports in India. Everyone at ESFI wishes him the best of luck to win the championship.” said Lokesh Suji, Director of Esports Federation of India and Vice President of the Asian Esports Federation.

One of the country’s top sports and Esports specialised communication firms, Artsmith – Concepts & Visions and India’s Leading Multiplex chain INOX continue their support for this prestigious tournament as the communication and venue partners of ESFI respectively.

The first-ever Sim Racing World Cup is organised by the International Esports Federation in association with Monaco Esports Federation. The tournament features one of the world’s most popular sim racing titles, Assetto Corsa.