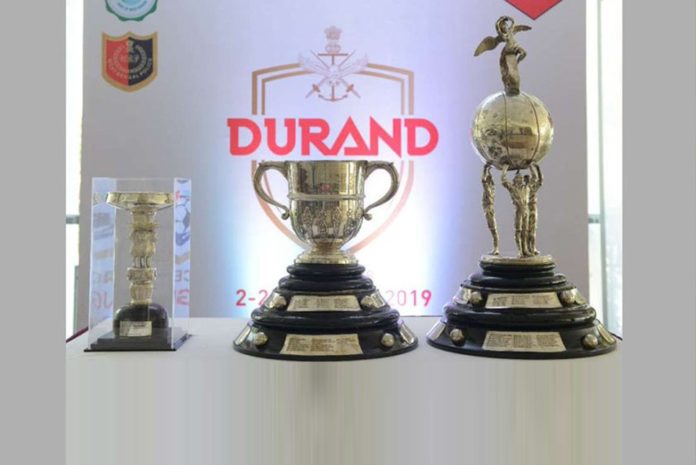 The Durand Cup, Asia’s oldest football tournament, will be embracing a multi-city format and a bigger selection of teams in its 131st edition, which will be kicking off here on August 16. The tournament, which is jointly organised by the Indian Army and the Government of West Bengal, started a month-long promotion campaign on Tuesday with a colourful ‘Trophy Tour’ initiative. Next year, the tournament could be even bigger, according to the organizers.

“Last year there were lot of clubs who we were requesting to take part,” said Lt. Gen. KK Repswal, SM, VSM, Chief of Staff, HQ Eastern Command and chairman, Durand Organizing Committee. “This year, they have been approaching us, but unfortunately we have not been able to accommodate (them). This year we have 20 teams, which includes all 11 teams from ISL and five from I-League. Clubs like Minerva, CRPF, Assam Rifles, we could not accommodate. Next year there is greater scope that this can be a 24 or 28 team tournament.”

The most popular contest of Durand Cup is the Kolkata derby. The three Trophies presented to the winners of the tournament – the original Durand Cup, the President’s Cup and the Shimla Trophy which it will be ceremoniously received in front of the statue of the legendary footballer, Gostha Paul.

s the participation list stands now, there will be 20 teams playing this time with all the 11 teams from the Indian Super League joining the contest. There will be another five teams from I-League while the remaining four will be from the Services. The first two group leagues (groups A and B) will be played in Kolkata while Imphal will be hosting the group C matches and the group D matches will be played in Guwahati.

Rajasthan United became the first team from Rajasthan in 42 years to take part. The trophies are also on display for the first time across the country. The Durand Cup 2022 will kick off its journey on August 16, 2022, at different locations in India. The tournament will conclude on September 18 in the historic Salt Lake Stadium.

Previous articleBest laptop deals under ₹40,000 on Amazon Freedom Festival sale
Next articleHere are the oldest players in the Test format from each team