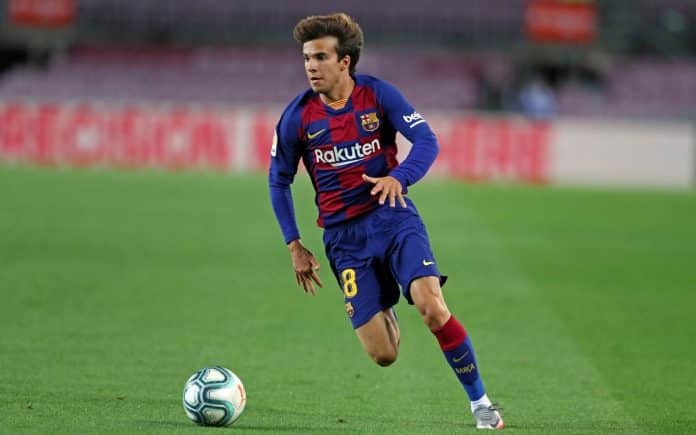 The Spanish central midfielder Riqui Puig, who will celebrate his 23rd birthday on August 12, is set to leave his Spanish club Barcelona for the American MLS club LA Galaxy.

In April 2019, the 19-year-old made his La Liga debut when SD Huesca hosted the Catalan club. He made his UEFA Champions League debut in November 2020 when they played against the hosts Dynamo Kyiv.

Why couldn’t Riqui Puig set himself in Barcelona?

Though Puig was considered an exciting talent, several Barca managers never put him on their main players’ lists. In the last four seasons, the Spanish central midfielder appeared for the senior Barca team in 57 games (two goals and three assists), including only 15 starts. All the recent Barca managers frustrated the fans by showing reluctance to use Puig.

Young Puig has shown his patience with the club, but it has never worked in his way. The youngster has now considered moving to another club after the present Barca head coach Xavi has reportedly clarified Puig‘s no place in his squad  for the upcoming season.

According to Fabrizio Romano’s latest report, Puig is set to sign a three-year contract with LA Galaxy. The Spanish club has also secured a percentage of future sale of Puig.

Puig played four games for Spain U21, including appearing only once as a late substitute during the UEFA European U21 Championship 2021.

Previous articleChelsea looking at 19-year-old Benjamin Sesko to bolster their attack
Next articleDeal: Get this new Acer Aspire 5 with Core i5-1240P for only ₹56,990