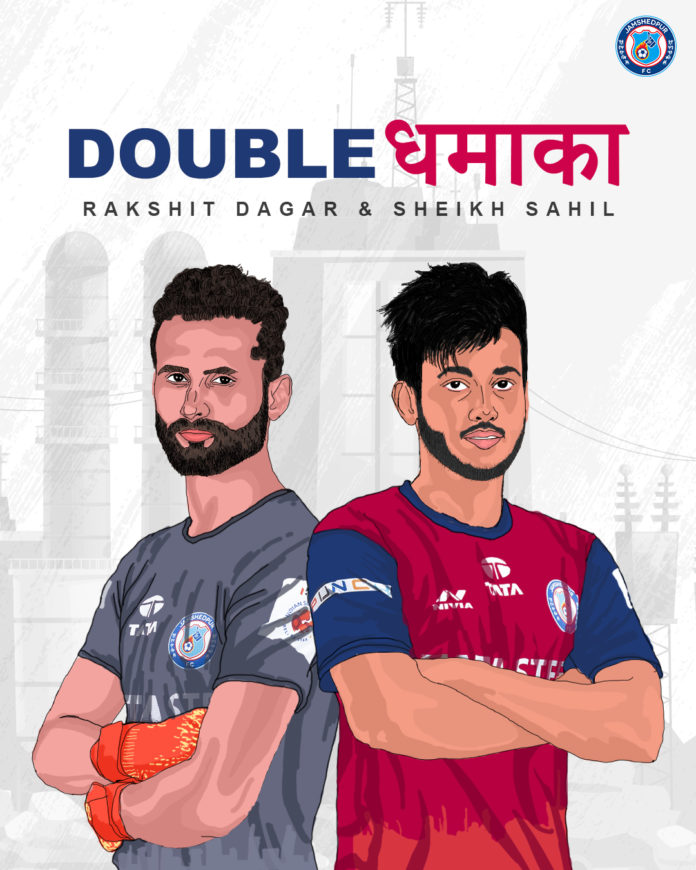 Jamshedpur FC added goalkeeper Rakshit Dagar & midfielder Sheikh Sahil to the squad in a deal that will see them at the Furnace till 2025.

Rakshit, who joined Gokulam Kerala FC in 2021, made 18 appearances and being an integral part in winning the I-League for the club. He has two I-League trophies under his name. He has been a part of Sudeva FC, East Bengal and Punjab FC during his time in the I-league. Dagar made his debut for United Sikkim FC in 2013.

“I am extremely excited to be joining Jamshedpur. I feel this is the perfect place for me right now to grow and develop with the guidance of Aidy Boothroyd, Leslie Cleevely and the steady support of the Jamshedpur fans. I can’t wait to get on the field” said Rakshit Dagar after he put pen to paper.

Sahil started his career at Mohun Bagan academy. He also played in the U-16 I-League as a part of the Mohun Bagan youth team. The then-coach Kibu Vicuna signed him up for the senior squad. He was a reliable member of the squad that managed to win the I-League in the 2019 season for Mohun Bagan.

“I am enthusiastic about joining Jamshedpur. My goal is to help the team in every possible way. I aim to thrive with the guidance of the gaffer Aidy Boothroyd, along with the experienced players in the squad. Young players have done really well with Jamshedpur and it’s the perfect place for me to be there and show my mettle. I want to be part of the starting eleven and contribute to wins” said Sahil after signing on the dotted lines.

“These two youngsters have shown great potential in the teams they have played for, and I am happy to have them. I hope to see them grow as individuals and contribute to team success in the coming season,” said Aidy Boothroyd.

Rakshit & Sahil will join the squad in Jamshedpur for the pre-season in mid-August, donning Jersey No. 1 & 27, respectively.

Read: AIFF elections are set to happen before September 15