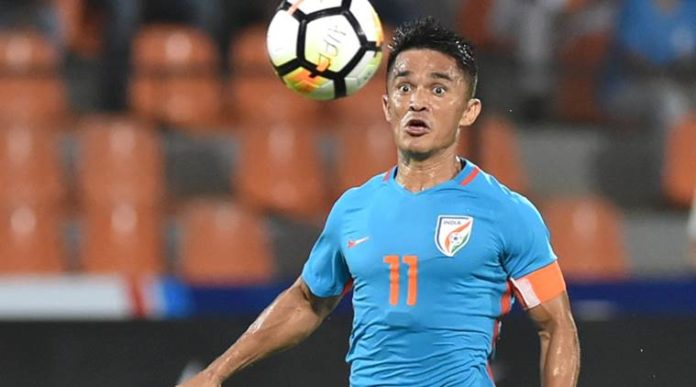 The friendship between legendary cricketer Virat Kohli and captain of Indian football team, Sunil Chhetri is no secret. “An honestly hardworking man full of good values & compassion.A man I can call a true friend. Very grateful for the friendship we have skip. Always wish you the best. As you get a year younger I send you my best wishes & all the positivity your way. Happy birthday @chetrisunil11,” tweeted Virat Kohli.

Replying to Kohli’s hearttouching birthday wish, Chhetri tweeted said ‘the feeling is mutual. “Champ, I appreciate the kind words. The feeling about our friendship is mutual, and I too, am very grateful that our paths crossed the way they did.” Apart from Virat Kohli, many other sportspersons and fans wished Sunil Chhetri on his birthday.

As a footballer, Chhetri is often the difference maker for the team and will go down as one of India’s best professional sports players of all time. He is the leading goal scorer with 84 goals in international football for India as well as in domestic football tournaments.

Chhetri is India’s leading goal scorer as well as the most-capped player. He was bestowed with India’s highest sporting honour, Khel Ratna Award in 2021, Padma Shri in 2019 and the Arjuna Award in 2011. Chhetri is also the first Indian player to have played in three different continents. He also has netted the most hat-tricks for India.

Chhetri started his professional career at the historic Mohun Bagan football club. Chhetri remains one of the only Indian footballers to play abroad, having represented Sporting CP’s B team in Portugal as well as the MLS side Kansas City Wizards.

Chhetri made his ISL debut in 2015 with Mumbai City as they picked him at the auction for rupees 1.2 crores making him the most expensive player. He was the first Indian player to score a hat-trick in ISL and was Mumbai FC’s top goal scorer of the season.