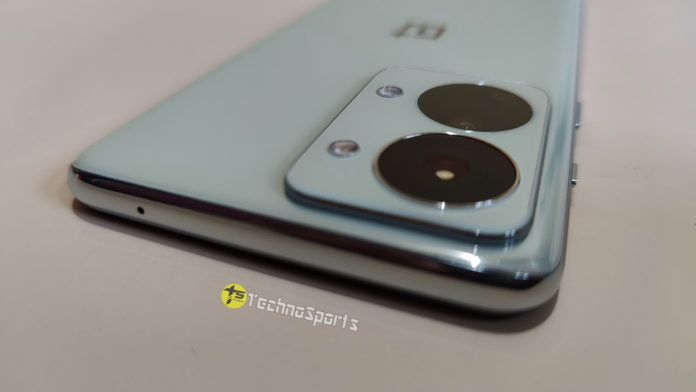 The new OnePlus Nord 2T has been launched in the Indian market for quite some time now but does it make any sense to buy? We already gave a detailed answer to this in our full review but here as the title tells you we will discuss more on the camera front of this device.

The Nord 2T sports the same 50MP Rear Camera with a Sony IMX766 sensor and OIS enabled, so expect good camera performance as you got with its predecessor. Also, you have the 8MP Ultrawide Camera with 120-degree FOV and 2MP mono lens with Dual LED Flash, pretty much the same camera as you saw on the Nord 2.

However, now with an improved MediaTek Dimensity 1300, you can expect better image processing along with features like AI Highlight Video or Nightscape or Slow-motion captures and much more. Here we will discuss more the rear and front cameras of the OnePlus Nord 2T and how they perform in various situations:

On our Goa trip, we took a lot of pictures during the day and yes the camera was able to capture crisp photos with good colors. Here are some of the shots for your reference:

In the outdoor shots as you see the colors of each and every photograph have been true to the environment and yes sometimes you see a bit of noise but overall it’s very consistent outdoors. As it was monsoon we took a lot of beach photos in a cloudy sky but as you see the Nord 2T was able to capture that so well.

The 8MP ultra-wide camera also helped to capture a wider frame of objects and though its not as detailed as the primary sensor but is good. It lacks that sharpness though but doesn’t mess around with the colors which a lot of other cameras do, obviously, this is no level to the flagship smartphones but it’s good.

In a well-lit environment, the shots are good regardless of the mode but yes when you zoom the camera lacks that sharpness but the primary rear camera excels in almost all conditions regardless of the subject in your frame.

Even with close subjects or indoors, the camera was pretty accurate with punchy colors but the ultra-wide struggled a bit in terms of sharpness. Still, I am impressed with the camera quality but will as OnePlus improve it in the future for sure.

The competition to capture the best Portrait shots has gone fierce in the last couple of years and here the power of image processing plays a real role. The MediaTek chipsets have improved a lot in the last few years but does this OnePlus Nord 2T take good portrait shots? Let’s check out:

In a wide range of shots as you see the Nord 2T was consistent to capture sharp images with great edge detection while retaining the originality of the background. In close human subjects in portrait mode, the camera was able to do good edge detection but again struggled when in low light.

If you are a foodie and want to use the Nord 2T for dedicated food photography you won’t feel too disappointed as we capture some of the best Goan food and found the camera quite reliable. Here are some shots:

As you see, the food in our images looks great, retaining the colors of the food but sometimes lacking a bit of sharpness. Overall as you see the food photography is great on the OnePlus Nord 2T.

Coming to night photography, which a lot of mid-range or budget phones struggle with these days, here the Nord 2T produces some great shots when we used the Night Mode. Here are some of the camera samples:

As you see during the night, the camera allows a lot of light to pass through its sensor and that results in great nighttime shots. Regardless of the environment, you will see crisp night photos with details and the images taken on this Nord 2T exceeded my expectations honestly.

Coming to the videos captured by the rear camera, the OnePlus Nord 2T is able to capture up to 4K videos but mostly we used 1080p because of the OIS support. It does make a difference and on a mid-range smartphone like this, we were able to capture some great videos:

As you see during the day, the Nord 2T captures amazing videos with good stability but lacks a bit of detail, however, the colors look very original. Never did I regret having my OnePlus 10 Pro but yes the quality could have been better on flagships still, the rear camera is great for capturing videos. However, the ultra-wide camera should be improved in the next generation so that even the zooming is much sharp and crisp.

During the night, the videos look a bit gloomy especially when there is almost no light but yes the camera captures are very realistic. Overall, with OIS, the Nord 2T’s camera is good enough for almost anyone and is pretty reliable even during the night as well.

If you are a selfie freak, the 32MP Front (Selfie) Camera with Sony IMX615 sensor now provides great selfies and groupfies so that you can cherish your best moments. To check the selfie camera, we took a lot of selfies and here are the samples:

As you see the selfies look great during the daytime whether you take them for single or even for groupfies. It doesn’t mess around with the skin tones and that’s great, a very reliable front camera during daylight.

Much like other selfie cameras, the OnePlus Nord 2T struggles partially during the night and that’s basically due to the image processing.

However, it’s still good enough for day-to-day selfies and even during travel, just fails during extremely poor lighting, we hope some of those camera issues will be solved in the days to come by OnePlus through updates.