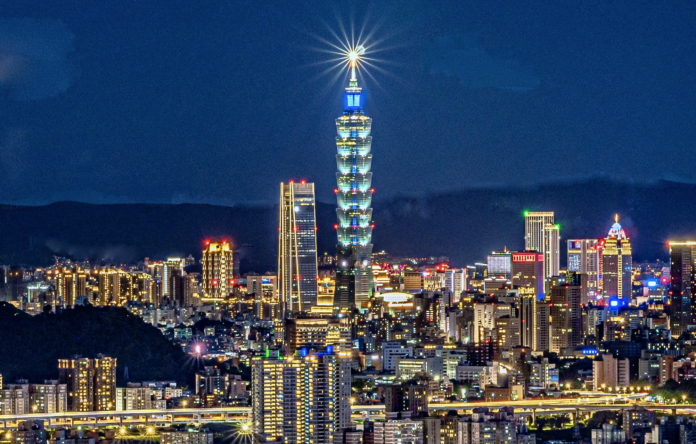 As decreasing worldwide demand for electronics and rising inflation caused GDP to fall to its lowest rate in two years, Taiwan revised down its unofficial economic forecast for the year. According to official figures released on Friday, the gross domestic product increased 3.08 percent from a year earlier in the second quarter, down from 3.1 percent in the first. That was less than the 3.15 percent prediction made by experts polled by Bloomberg, and it was the lowest quarter since the second quarter of 2020.

According to officials, full-year growth is projected to be 3.85 percent, which is less than the most recent formal forecast of 3.91 percent, providing earlier estimates for the next quarters remain the same.

The downturn follows increasing cautionary signals from Taiwan’s two biggest export markets, China and the US, which together account for slightly more than half of the island’s international shipments. As government authorities strive to contain the greatest inflation in 40 years without wrecking the economy, a downturn in the US economy has triggered fears of a recession.

Meanwhile, continuous Covid outbreaks and the ensuing lockdowns have dragged on the Chinese economy, causing economists to lower their growth projections for 2022 to 3.9 percent in a recent Bloomberg survey.

The recent run of dismal reports from significant technology businesses adds to the gloomy prognosis for Taiwan’s technology-dependent economy. Both Intel Corp. and Sony Group Corp.’s profits fell short of forecasts in the most recent quarter, and the companies revised their future expectations downward.

After posting earnings that fell short of expectations due to the cooling demand for consumer electronics hitting its semiconductor sector, Samsung Electronics Co. also issued a warning about growing uncertainty in its future.

Taiwanese factory data highlight the issues with the overall economy. According to the Ministry of Economic Affairs, manufacturing production climbed by just 0.51 percent in June, which is the smallest increase since January 2020.

The rising cost of imports most likely had an impact on GDP as well. According to figures released by the Finance Ministry earlier this month, Taiwan’s trade balance decreased to $11.9 billion in the second quarter, its lowest level in more than two years, as strong exports were countered by rising oil import costs that were made worse by a depreciating currency.