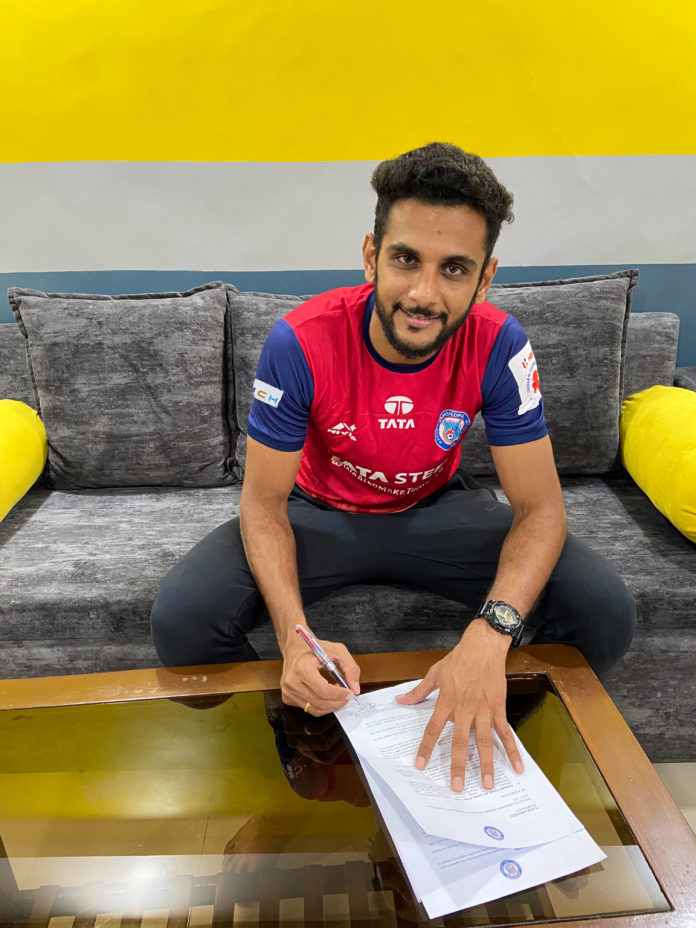 Jamshedpur FC added Pratik Chaudhari to bolster its defence as the club continued building the squad for the upcoming Hero Indian Super League season. The 32-year defender was part of the Red Miners in 2018-19 and returns to the Furnace after three seasons.

Pratik said, “This was an obvious choice for me. I feel nostalgic to come back home to the amazing city of Jamshedpur. It has a huge legacy of football with the boisterous Red Miners supporting the team through thick and thin. I look forward to the added responsibility of defending the League winners shield and add more. I am excited to work under the guidance of Aidy Boothroyd as the new gaffer along with my team mates and staff.”

The centre-back has made his mark as a rock-solid defender in his 76 appearances in ISL. Born in Mumbai, Chaudhari began his football career while playing for Bank of India and then Union Bank of India. He soon joined I-League side Air India in 2011.

He debuted in ISL with  Kerela Blasters FC while playing for I-League club Mumbai FC. He then joined Delhi Dynamos in 2017-18. and later Jamshedpur FC in 2018.

He played a huge role in the 2018-19 season where Jamshedpur FC finished in 5th place, narrowly missing out on the semi-final spot. He joined Mumbai City FC in 2019-20 & then Bengaluru FC in 2020 where he spent 2 seasons.

Aidy Boothroyd welcomed Pratik into the squad and said, “Having Pratik back to Jamshedpur is a real boon to the team’s defence. He is one of the best Indian defenders with a strong physical presence. A player like Pratik brings with him leadership qualities as well as stability in the squad. A stable and steady defence wins titles and that’s what Pratik is here to do. I am thrilled to work with him.”

Pratik Chaudhari will don jersey number 24 and join the squad in Jamshedpur for the pre-season in mid-August.

Read: ISL: Eli Sabia will stay at Jamshedpur FC for another year until 2023